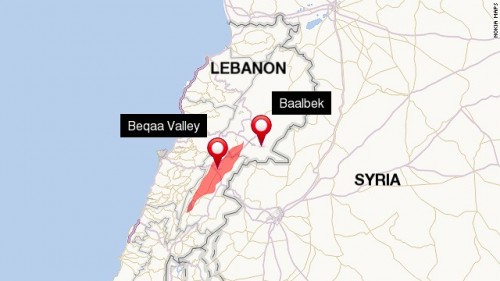 The tension started when four gunmen in a black Jeep Cherokee intercepted Ayman Salaheddine Sawan and his brother Khaled near the Bekaa Valley predominantly Shiite village of Brital, as they were driving to Baalbek.

The gunmen kidnapped Ayman, 44, who hails from the predominantly Sunni village of Saadnayel, but left Khaled in the car.

In response, residents from Saadnayel cut off the road linking the village to Taalabaya with sandbags and dirt mounds .

The angry crowd, which included the son of Sawan, then kidnapped seven bus drivers who were stuck in the traffic jam resulting from their road block, according to security sources

Five of them were released shortly after, while two were still being held hostage, the sources added.

The National News Agency reported that the Lebanese Armed Forces raided the homes of wanted individuals for kidnappings, including that of Ayman Sawan.