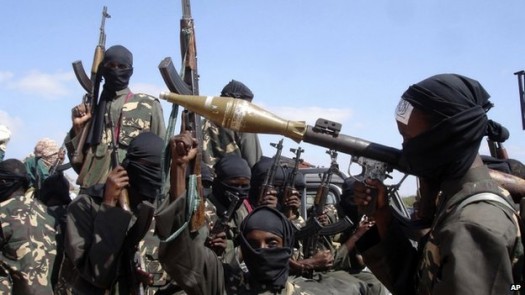 Somalia’s Islamist rebels, al-Shabab, named a new leader Saturday after confirming the killing of their previous leader by a U.S. airstrike, a commander of the group said.

Al-Shabab also stated that it remains aligned with al-Qaeda, according to the Site Intelligence Group, which monitors statements by Islamist militant groups.

There had been speculation that al-Shabab would be shaken by a power struggle over the selection of a new leader and that perhaps the Somali rebels would change alliance and become allied to the Islamic State militant group, which has seized sections of Syria and Iraq.

The Somali group had to appoint a new leader after the death of Ahmed Abdi Godane, who was killed with two other officials by a U.S. airstrike Monday. The attack took place 105 miles south of Mogadishu, where al-Shabab trains its fighters.

“Avenging the death of our scholars and leader is a binding obligation on our shoulders that we will never relinquish nor forget no matter how long it takes,” said the al-Shabab statement, according to Site.
President Obama confirmed Friday that Godane was killed by the U.S. airstrike. The State Department declared al-Shabab a terrorist organization in 2008.

The United States had offered a reward of up to $7 million for information leading to his arrest.

Godane claimed al-Shabab was responsible for last year’s deadly Westgate Mall attack in Nairobi that left 67 people dead, in retaliation for Kenyan troops being in Somalia.

The killing of Godane was a “delightful victory,” said Ereg. He called on militants still fighting for al-Shabab to surrender to get a “brighter” life.

Kenyan President Uhuru Kenyatta on Saturday thanked the U.S. for killing Godane, saying his death provides “a small measure of closure” for victims of the Westgate Mall attack.

Godane, who used a number of other aliases, led the planning and was responsible for the perpetration of the attack on Westgate, Kenyatta said.

“We owe the United States, and its soldiers, our heartfelt thanks for bringing an end to Godane’s career of death and destruction; and finally allowing us to begin our healing,” he said.