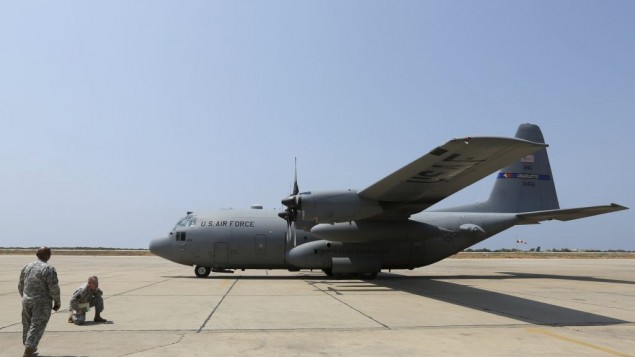 The Lebanese army said Saturday that it received a shipment of weapons and ammunition as part of the United States military assistance program to the Lebanese Armed Forces.

“The Lebanese army’s Logistics Brigade received at the Rafik Hariri International Airport a quantity of various arms and ammunition in the presence of army officers and members of the U.S. defense cooperation bureau in Lebanon,” the National News Agency reported, adding that the new batch is part of the U.S. assistance program and of the commitments and agreements signed between the two sides.

A similar shipment was delivered on Aug. 29 as part of U.S. military aid aimed at supporting the army in its combat of terrorism.

The Lebanese army engaged in a fierce battle with these militants, leaving at least 18 soldiers killed and 86 others injured, while the gunmen withdrew after kidnapping 33 soldiers and Internal Security Forces members.

The development prompted the U.S. to bolster the Lebanese army, while Saudi Arabia unveiled a grant of one billion U.S. dollars dedicated to the military, in addition to the $ 3 billion grant announced last year to cover French made arms.

He stressed that  American military support for Lebanon would be long-lasting.

“I can assure you deliveries will be constant, just as our partnership with Lebanon has been constant over the years.”