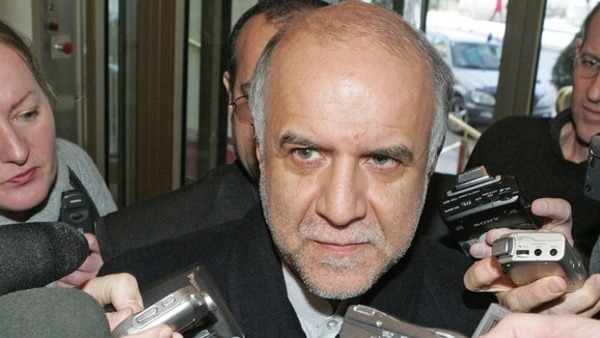 Energy-hungry Oman first agreed to buy gas from Iran as long ago as 2005, but price disagreements and Western sanctions that have stunted Iranian energy projects prevented any real progress.

Also Oman has been pressured by the United States to buy fuel from alternative suppliers such as Qatar, according to U.S. embassy cables released by Wikileaks.

“Gas negotiations with Oman are over, and as both sides have agreed, Iran will export 20 million cubic meters per day (mcm/d) of gas to Oman in the near future,” Iranian Oil Minister Bijan Zanganeh said, according to Fars.

Zanganeh did not give further details on the date, pricing or on the construction of a pipeline to transport the gas.

Last year, Tehran signed a memorandum of understanding (MoU) to export gas to Oman from 2015 in a 25-year deal valued at around $60 billion.

But Rumhy said in September 2013 that both countries were unlikely to even start laying a planned subsea gas pipeline for at least another two years.

Oman, which has warmer relations with Iran than do other Arabian Peninsula countries, began importing Qatari gas in 2007, but its demand has risen rapidly since then, threatening its LNG exports and pushing Muscat back to the negotiating table with Tehran.

Iran sits on the world’s largest gas reserves, according to the latest statistics compiled by BP, but it has been prevented from exporting much of it because of western trade sanctions.