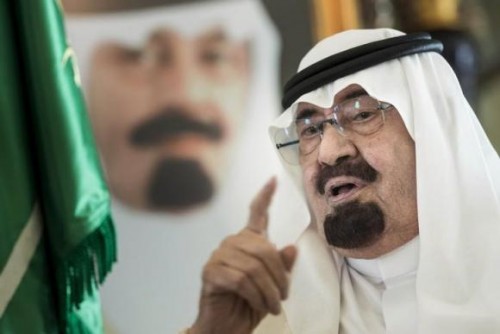 Saudi Arabia’s King Abdullah said terrorism would soon spread to Europe and the United States unless it is quickly dealt with in the Middle East, the Saudi state news agency reported late on Friday.

The king made the statement during a reception for foreign ambassadors held in Jeddah.

“I ask you to convey this message to your leaders… Terrorism at this time is an evil force that must be fought with wisdom and speed,” said King Abdullah. “And if neglected I’m sure after a month it will arrive in Europe and a month after that in America.”

The world’s top oil exporter shares an 800-km (500-mile) border with Iraq, where Islamic State militants and other Sunni Islamist groups have seized towns and cities.

Riyadh has long expressed fears of being targeted by jihadists, including some of its own citizens, who have taken part in conflicts in Iraq and Syria. Earlier this year, it decreed long jail terms for those who travel abroad to fight.