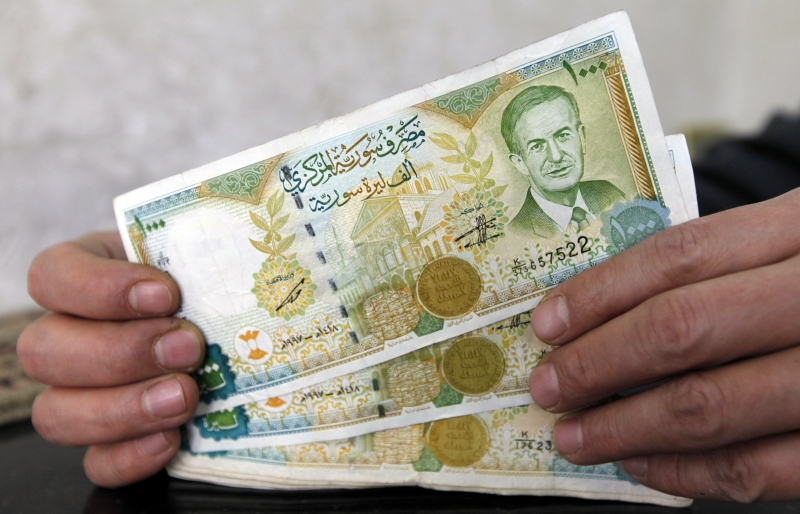 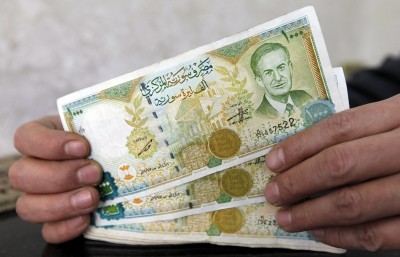 By Adam Heffez and Noam Raydan

Most people who look at Syria can’t help but see the tragedy — the hundreds of thousands of deaths and billions of dollars of damage, including the flattening of the old city of Homs and eastern Aleppo. But some are starting to treat Syria as something else entirely: an investment opportunity. That might sound illogical, but it isn’t entirely without reason. The Syrian economy, having suffered years of ruin, offers early investors the chance to reap significant rewards in the long term.

The Syrian economy is in exceedingly dire straits. The majority of the country’s oil fields, once the economy’s lifeblood (along with agriculture), are under the control of the extremist group Islamic State in Iraq and al-Sham (ISIS), also known as Islamic State (IS), depriving the country of about $2 million a day. Meanwhile, the World Bank has estimated that the cost of rebuilding what has already been destroyed in Syria will be upward of $200 billion. The organization’s 2014 Doing Business report ranks the country last in the category of “dealing with construction permits,” which measures the procedural and financial barriers toward building a basic warehouse. In other words, turning a quick profit may seem like the last thing on Syria watchers’ minds.

But the motivations of Syria’s foreign investors — consisting mostly of governments and companies from countries that are allied with Syrian President Bashar al-Assad — are primarily political. They seem to have calculated that investments in Syria now will give them significant leverage in how the country is governed later, even if the investments don’t pay off in a strictly financial sense in the short term. In that, their plans bear a distorted resemblance to the Marshall Plan loans offered by the United States to Europe after World War II.

A more recent (and more local) example of this strategy is Iran’s investment in Lebanon after the Shia political party and militant group Hezbollah’s war with Israel in 2006. The London-based pan-Arab daily Asharq Al-Awsat reported that one day after the ceasefire, Hezbollah established a body to supervise the process of removing iron and cement from the rubble in order to “remelt” it. Companies under Iranian supervision took care of the process and succeeded in extracting scrap materials worth millions of dollars. To highlight Tehran’s leading role in reconstructing Hezbollah-controlled areas, “Iran’s Park” was built in Maroun al-Ras, a village in south Lebanon that overlooks Israel. According to a BBC report, the park is adorned with posters of Iranian leaders, including Husam Khos Navis, the late director of the Iranian reconstruction commission. In political terms, these investments paid off for the Islamic Republic. Media outlets, including the Lebanese newspaper Daily Star, quoted the head of Iran’s elite al-Quds military force, General Qassem Suleimani, declaring (in a 2012 conference on youth and the “Islamic Awakening” in Tehran) that, as a result of such economic interventions, “in south Lebanon and Iraq, the people are under the effect of the Islamic Republic’s way of practice and thinking.” In a speech delivered two years after the war, Hezbollah’s Secretary General Hassan Nasrallah affirmed that he is “proud to be a member in the party of velayat-e faqih [guardianship of the jurist],” a Shia religious system that currently commands deference to Ayatollah Ali Khamenei.

For his part, Assad seems to understand that the country’s current economic ties will play an important role in determining its future political alignment. Earlier this year, he reportedly told a Jordanian delegation visiting Damascus that he would not permit investors and companies hailing from the West or the Persian Gulf to have any role in reviving his country’s economy (or at least the portion of the country that is under his control). Instead, he has allowed China, Iran, North Korea, and Russia to fill the gap.

In December 2013, Russian oil and gas company Soyuzneftegaz struck a $90 million deal with Syria’s oil ministry for exploration and production in Mediterranean waters (between the Assad strongholds of Tartus and Banias). Syrian oil officials have voiced their confidence that these waters hold substantial oil or gas reserves. But Russian companies are not primarily investing in Syria because they have much to gain (Russia was only Syria’s ninth-largest trading partner before the crisis, accounting for a mere 3 percent of trade); it’s because they have too much to lose. Russia’s only official naval base in the Mediterranean is in the Alawite port city of Tartus. The value of Syrian contracts with the Russian defense industry (Russia is one of the regime’s largest arms suppliers) is estimated to exceed $4 billion. For the Kremlin, however, the true reward is not merely this $4 billion; it’s retaining an economic and naval foothold in the Mediterranean region by keeping Assad afloat.

Russia’s investments in Syria have not been confined to the regime’s coastal heartland. In Ein Diwar, located near Kurdish People’s Protection Units (YPG) and ISIS-controlled areas, the Russian company Stroytransgaz signed a $263 million contract in June with the General Commission of Water Resources for the first phase of an irrigation project (which had been planned in the drought-hit northeast since before the war broke out, but was not executed until now). Around the same time, a North Korean delegation met with Syrian Prime Minister Wael al-Halaqi to discuss the reconstruction process. Pyongyang has long treated Syria as a front in its war against the United States and its allies — from the construction of Syria’s former plutonium reactor al-Kibar (which the Israelis destroyed in 2007) to its reported deployment of 15 North Korean helicopter pilots and a few ground forces in the city of Aleppo on behalf of Assad’s regime. Shortly after the North Korean visit, the Chinese ambassador to Syria, Wang Kejian, voiced his support for developing partnerships in the energy sector. China, politically standoffish but economically engaged, seeks to maintain its Middle East export markets. Aside from being Syria’s number one trading partner in 2011, the state-owned China National Petroleum Corporation, as of 2012, owned shares in two of Syria’s largest oil companies and had signed multibillion-dollar deals with them.

Meanwhile, Iran is likely positioning itself to take a leading role in Syria’s cement industry — a sector that will be of central importance as the country tries to rebuild its infrastructure. (It also happens to be a sector in which Iran, the world’s fourth-largest manufacturer of cement, is something of an international leader.) Hezbollah has reportedly launched a new cement company in Lebanon with Iranian financing. And Tehran seems eager to do more in the months ahead. Hassan Jishi, the general manager of Waad, the largely Iranian-financed organization that rebuilt Hezbollah’s strongholds, told the New York Times in May 2012, “The Iranians say, ‘If you want factories, I am ready, if you want some electricity, I am ready,’ and they do not ask for any price in return.” Regardless, the Islamic Republic does get something in return. Iran aims to secure supply lines to its Hezbollah proxy in Lebanon and edge out Saudi Arabia and other Sunni Gulf states in the contest for regional dominance. 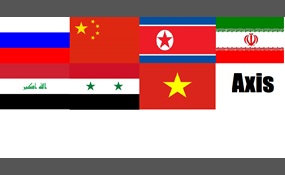 Investing in Syria, in the midst of its ongoing war, is predominantly a political ploy, but economic motives certainly exist. Last year, when Syria was reeling from its worst harvest in decades, the regime’s inner circle created front companies (to circumvent international sanctions) that received food imports from Russia, Ukraine, Turkey, and Lebanon. This arrangement was a win-win for Assad’s cronies and foreign companies, including food producers in the Black Sea; both ended up profiting from the country’s famine. In the longer term, one of the main ways that foreign companies can capitalize on Syria’s disaster — given that, as of the middle of last year, over half a million houses were damaged (well over half of which were completely destroyed) — is construction. Hezbollah’s construction companies may gain political capital by alleviating the economic burden of Syrian refugees on Lebanon (who are also mostly Sunni and tipping the country’s delicate demographic balance to the detriment of the Shia group), estimated at almost $8 billion. At the same time, these companies may profit from rebuilding the houses to which those refugees may return.

The Syrian opposition has tried, mostly on a small scale, to rally investors of its own in order to develop the economy in those parts of the country under its control. The Turkey-based Syrian Business Forum is an independent nonprofit organization to help Syrian businesspeople inside and outside the country to network with each other. The organization has funded sewing lessons for martyrs’ wives in Daraa, a bakery in Idlib, and a theatrical play in the Midyat refugee camp in Turkey. However, the scale of these projects pales in comparison with that of the regime’s backers. According to reports in regional newspapers, companies based in Persian Gulf countries that support the opposition have sent envoys to Lebanon to investigate how they might play a constructive role in reconstructing the Syrian economy. But those efforts are also in very early stages. Re-engineering Syria while it’s in the throes of war may seem presumptuous — and Western companies, which are already subject to sanctions against the regime, are hesitant to get involved. But Assad and his allies are making sure that the Gulf countries and their Western allies do not take the lead in rebuilding destroyed areas according to their own terms and vision. This may result in his opponents losing clout down the line — especially since the moderate Sunni opposition is already debilitated.

For now, Assad seems likely to gain a first-mover advantage in rebuilding Syria’s economy. The Syrian government needs both political and economic help, and Iranian, Russian, Chinese, North Korean, and other allies’ interests have been served by providing it. By investing in the war-torn country, Assad’s allies are dissolving the ambiguity over the future of post-war Syria, by solidifying the regime’s control. Syria has become a dividing line among rival powers — a twenty-first-century iron curtain of sorts — and, so far, those on Assad’s side of the aisle have assertively used economic power to shape the future of the country.