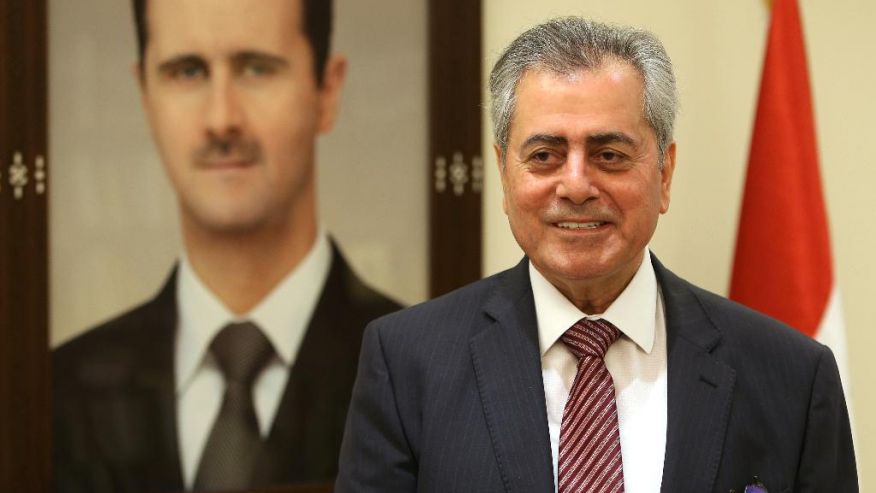 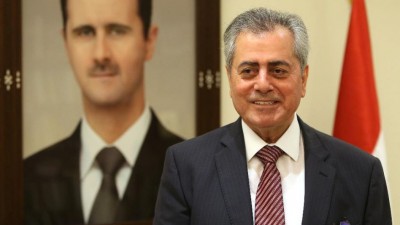 Syrian Ambassador Ali Abdul Karim Ali defended Hezbollah’s role in Syria and blamed the violence caused by the jihadists in the border town of Arsal earlier this month on the country’s dissociation policy and its alleged compliance with regional and international pressure.

Ali told al-Akhbar newspaper in a report published on Thursday that the militants, who overran the northeastern border town of Arsal earlier this month, can only be confronted through “the respect of facts on the ground rather than accusing Hezbollah’s role in Syria of being the reason behind it.”

Ali accused the Lebanese authorities of turning a blind eye to the infiltration of Syria-based gunmen from illegal border crossings and of releasing suspects who have admitted to carrying out terrorist activities in Syria and Lebanon.

March 14 alliance officials have said the Iranian backed Hezbollah militant group’s involvement in Syria’s is behind the attacks by the Islamic State and al-Nusra Front fighters in Arsal.

Tens of thousands of Hezbollah fighters are actively trying to save the regime of Syrian president Bashar al Assad despite the Baabda accord which calls for distancing Lebanon from the Syrian conflict. Nearly 200,000 have been killed in Syria since the uprising started in March 2011.

By intervening in Syria to save the Assad regime, Hezbollah has made Lebanon a battleground for Syrians and Gulf-supported extremist groups. Several explosions targeting Hezbollah, Iran, or their affiliates have rocked Lebanon over the past year, including a blast in the Shiite village of Nabi Othman on March 17 that killed local Hezbollah leader Abdul Rahman al-Qadhi. A look at the details of each attack is telling: most have been suicide car bombs, the exception being a sniper killing Hezbollah weapons expert Hassan Lakkis. All have been in either Beirut’s southern suburbs or routes going into those areas, or in Hermel, Hezbollah’s stronghold in the north Beqaa. The frequency of attacks has increased in tandem with the degree of Hezbollah’s involvement in Syria. Reports of heavy Hezbollah casualties trickling out of Syria’s Qalamoun area are but the latest sign that the Party’s involvement in Syria will continue to cost it dearly.