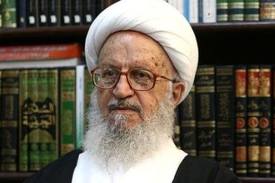 A senior cleric in Iran has declared that high speed Internet is unethical and contrary tohumanitarian principles, state-run news outlets reported on Tuesday.

Grand Ayatollah Makarem-Shirazi, made the remarks in response to a question put to him by Internet users, via his website.

Shirazi said 3G — third generation mobile communications technology — and broadband internet were morally wrong, and that there needed to be standards to prevent users from dangers such as “immoral and inhumane” videos and photos, rumors, and espionage.

Although Iran has the highest total number of Internet users in the Middle East, its average data speed is about a tenth of the global average.

Shirazi is a strong proponent of the the mandatory hijab and. He wants to extend the hijab to all Islamic countries.

“The enemies try to defeat Islam by undermining Hijab and thus fostering corruption in Islamic countries,” he was quoted as telling a Hijab Dialogue Group in 2007