British Embassy apologizes for celebrating burning down of White House 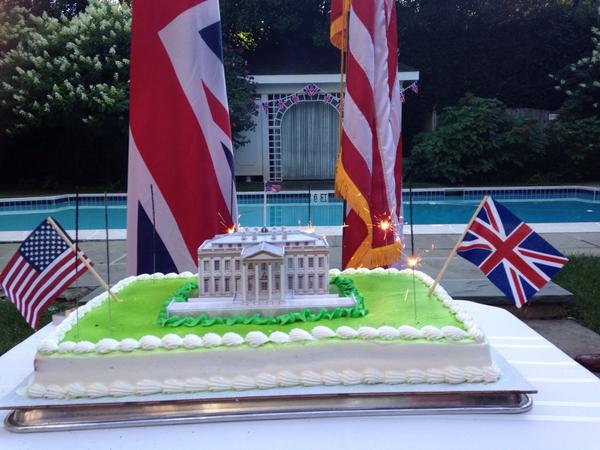 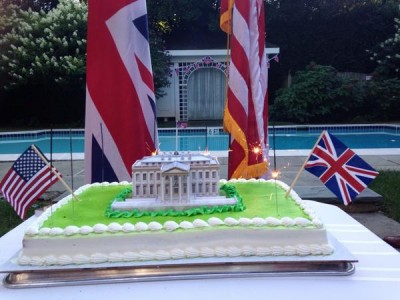 On the @UKinUSA Twitter account, the British Embassy posted a picture and caption that was clearly meant as a light-hearted trolling of Americans. Many of them, however, appeared not to get the joke.

Posted below a picture of a cake shaped like the White House, which had been decked out with sparklers, the British Embassy wrote the comment: “Commemorating the 200th anniversary of burning the White House. Only sparklers this time!”

A number of Twitter users responded angrily to the tweet. Yossi Gestetner ‏wrote: ‘HELLO David Cameron. The tweet by [the British Embassy] is of poor taste. Disappointed in the Conservatives.’

“Even if Talking Heads were singing it, I think this is in extremely POOR TASTE,” wrote another Twitter user.

Another user said: “Good to know the US isn’t the only country with a mentally deficient diplomatic corps that doesn’t know how to tweet.”

Just three hours later the embassy was forced into a retreat and issued an apology to dozens of angry Americans. The chastened Embassy social media staff wrote: “Apologies for earlier Tweet. We meant to mark an event in history & celebrate our strong friendship today,” before posting a link to a an essay written by Deputy Head of Mission Patrick Davies.

His article, entitled ‘The Torch of Friendship’ details the history behind the siege on Washington in August 1814.

The siege or burning of Washington was an attack during the war of 1812 by British forces and those of the United States of America. The American troops had been defeated by at the Battle of Bladensburg by troops led by Major General Robert Ross.

His forces later went on to occupy then Washington City and destroy a number of buildings, including the White House.

“Needless to say, we’ve put the events of August 1814 far behind us,” Mr Davies writes.

“So much so, in fact, that when the British prime minister, David Cameron, visited the White House two years ago, he and President Obama, fresh from watching a March Madness basketball game together, traded wisecracks about the burning. The redcoats ‘made quite an impression,’ Obama said. ‘They really lit the place up.'”

“I can see you’ve got the place a little better defended today,” Cameron replied. “You’re clearly not taking any risks with the Brits this time.”

Apologies for earlier Tweet. We meant to mark an event in history & celebrate our strong friendship today http://www.huffingtonpost.com/patrick-davies/torch-of-friendship_b_5699220.html …

Washington DC. Late August, after sunset. A brigade of foreign troops marches unhindered down Pennsylvania Avenue, leaving the U.S. Capitol in flames at their backs. When they reach the White House,…