Ex-CIA chief rules out any U.S. collaboration with Assad in fighting ISIS 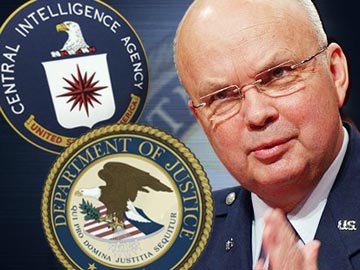 “We’ve underestimated these guys in the past … a failure of imagination before 9/11. We knew al Qaeda in the Arabian Peninsula. We just didn’t think it would be a Nigerian on an airplane over Detroit. I wouldn’t underestimate these folks,” Hayden said on MSNBC’s “Morning Joe.”

He was referring to the “underwear bomber” who failed to set off explosives in his underwear on a flight from Amsterdam to Detroit in December 2009.

Hayden described ISIS as “quite strong,” but echoed Chairman of the Joint Chiefs Martin Dempsey’s statement about the group not yet posing a direct threat to the U.S.
“I think they’re quite strong regionally, and I think they have global ambitions. They haven’t quite shown that global capacity yet,” said Hayden, who led the CIA from 2006-2009. He was the director of the National Security Agency from 1999-2005.

Hayden suggested the U.S. failure to aggressively aid the moderate rebels in Syria has not helped the situation.

“Our failure to build up a moderate opposition, a center, created and actually reinforced [Syrian President Bashar al-Assad’s] effort to create the opposition as just a terrorist organization,” he said.

He ruled out any U.S. collaboration with Assad, whose regime President Obama threatened to attack nearly a year ago. Assad has also been battling ISIS in Syria.

“Now we’re in a position where ISIS is the enemy of both of us,” Hayden said. “I don’t see cooperation between ourselves and the Syrian government.”