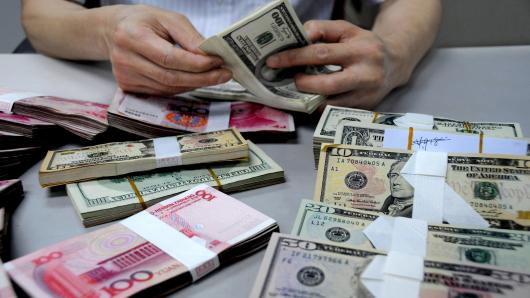 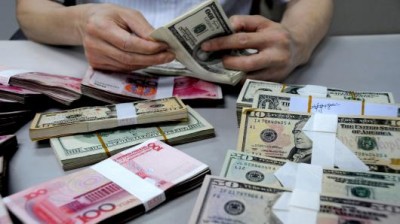 The dollar marched higher against the euro and yen on Monday as investors wagered that interest rates were set on a diverging course in the United States, Europe and Japan, giving a lift to Tokyo stocks in the process.

Pledges of policy stimulus from the heads of the European Central Bank and the Bank of Japan pressured both the euro and the yen, leaving the U.S. dollar as the winner by default.

The euro also lost ground against many other currencies, notably hitting a near 10-month low on the Australian dollar at A$1.4163 EURAUD=R.

The yen’s fall was taken as positive for Japanese exports and corporate earnings and helped both the Topix .TOPX and the Nikkei .N225 nudge up 0.2 percent. Moves elsewhere were muted and MSCI’s broadest index of Asia-Pacific shares outside Japan .MIAPJ0000PUS eased 0.27 percent.

The action in currencies came after ECB President Mario Draghi said the bank was prepared to respond with all its “available” tools should inflation drop further. [TOP/CEN]

Data due out on Friday are expected to show annual inflation slowed to just 0.3 percent in August from 0.4 percent in July, further distant from the EBC’s target of nearer 2 percent.

“Draghi departed from the script originally published on the ECB’s website on delivery, adding a section on inflation expectations during August,” said Ray Attrill, global co-head of FX strategy at National Australia Bank.

“He noted a decline in short, medium and longer term inflation expectations and indicated this would be acknowledged at the Sept meeting. So it looks like more easing ahead…”

Also sounding dovish was Bank of Japan Governor Haruhiko Kuroda who vowed to press ahead with aggressive monetary easing for as long as needed to convince the public that deflation was dead and buried.

All of which made Federal Reserve Chair Janet Yellen’s balanced take on the U.S. labor market sound positively hawkish in contrast.

As a result, Fed funds futures fell back <0#FF:> as the market priced in the risk of an earlier lift-off for rates.

Yields on two-year Treasury paper US2YT=TWEB climbed over 8 basis points for the week, the largest such rise since June last year, while the yield curve flattened markedly.

That in turn fattened the premium offered by U.S. debt over euro zone paper and helped the U.S. dollar outperform broadly. The dollar index .DXY rose to 82.563, its highest since September last year.

Wall Street was quiet in comparison with the Dow .DJI ending Friday down 0.22 percent, while the S&P 500 .SPX lost 0.2 percent and the Nasdaq .IXIC edged up 0.14 percent.