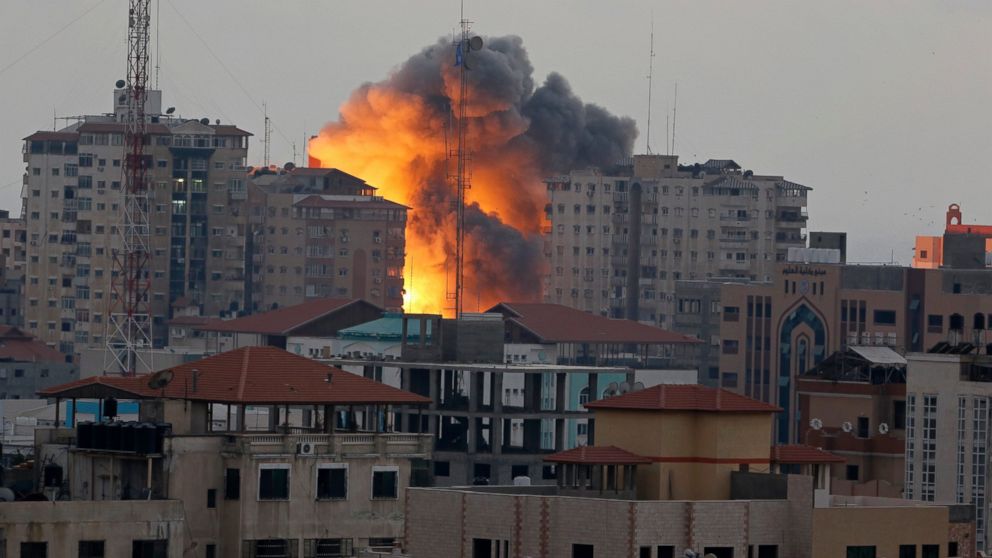 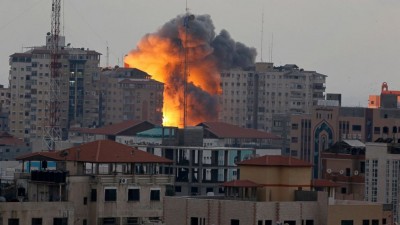 The violence signaled that a speedy resumption of truce talks is unlikely, despite another appeal by mediator Egypt. Gaps between Israel and Hamas on a border deal for blockaded Gaza remain vast, and repeated rounds of talks have ended in failure.

In the Gaza City strike, a huge fireball was followed by a black column of smoke after two Israeli missiles toppled the Zafer Tower, one in a group of several high-rises in the upscale Tel al-Hawa neighborhood.

The Israeli military said the missiles targeted a Hamas operations room in the building but did not explain why the entire tower with 44 apartments was brought down.

Gaza police said a warning missile had been fired five minutes earlier and that some residents were able to rush out of the building in time. Still, 22 people were wounded, including 11 children and five women, according to Gaza hospital officials.

Elsewhere in Gaza, an airstrike on a car killed a man and wounded 11 people, said Ayman Sahabani, head of the emergency room at Gaza City’s Shifa Hospital. The Popular Front for the Liberation of Palestine later identified the man killed as a field commander.

Meanwhile, Gaza militants fired more than 100 rockets and mortar shells at Israel on Saturday, a day after a mortar shell from Gaza hit a farming village in southern Israel, killing a 4-year-old boy.

A formula for ending the war remains elusive.

Hamas demands that Israel and Egypt lift a border blockade they imposed in 2007 after Hamas seized control of the territory. Israel says it can ease but not remove restrictions on Palestinian trade and travel unless Gaza militants agree to disarm and stop manufacturing or smuggling weapons. Hamas has rejected that demand.

During stop-and-go truce talks, Egypt has presented compromise proposals, including a gradual easing of movement for people and cargo at two crossings between Israel and Gaza. However, Israel offered no specific commitments, and Hamas rejected the idea.