IAEA: Iran refuses UN inspectors access to its Parchin base 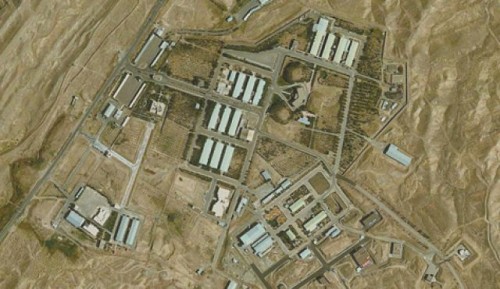 Iran will not give UN nuclear inspectors access to a military base outside Tehran that they have been seeking to visit since 2005, defence minister Hossein Dehgan said on Saturday.

Mr Dehgan’s comments come just two days before a deadline for Iran to give its response to the International Atomic Energy Agency (IAEA) over historic allegations of a military dimension to its nuclear research.

“The agency carried out several visits to Parchin (before 2005), took samples and found nothing untoward,” Dehgan told the ISNA news agency.

“There is therefore no reason for new access to Parchin as nothing new has come up since the last inspections.”

IAEA inspectors have been given access to a string of declared nuclear sites as part of an interim nuclear deal reached with the major powers last November.

Access to Parchin was not agreed under the terms of that accord but the IAEA has been seeking to visit the base as part of its mission to answer all concerns about Iran’s nuclear programme, past and present.

Addressing the allegations, long denied by Tehran, would be an important element in the comprehensive deal on Iran’s nuclear programme that world powers are seeking to reach by November 24.

IAEA director Yukiya Amano, who visited Tehran earlier this month, said in June that access to Parchin was essential for the watchog to be able to certify Iran’s nuclear programme as peaceful.

The base lies at the centre of allegations of past Iranian research into sophisticated explosives that can be used to detonate a nuclear warhead.

In his June report, Mr Amano said satellite photographs suggested there had been fresh activity at the base this year.

“Since February this year, we again start to observe activities… these activities continue,” he said.

Iran has repeatedly refused the IAEA access to the base but “we keep on insisting to have access to that particular site in Parchin, to the people and to their documents,” Mr Amano said in the report.

Mr Dehgan also said that his country refused to give the agency information on its scientists in the defence industry.