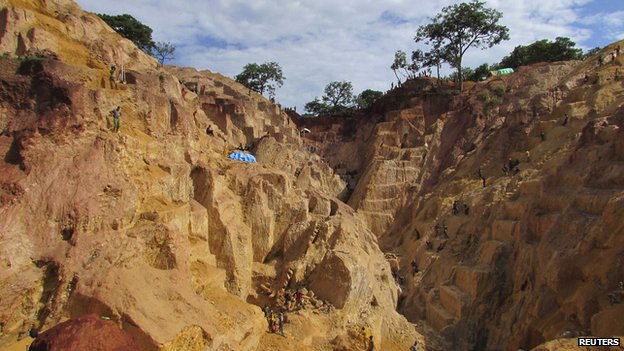 Seleka rebels are operating the Ndassima gold mine illegally
Share:

At least 25 people have died in a gold mine collapse in the Central African Republic, officials say.

The mine, near the city of Bambari, is controlled by mainly Muslim Seleka rebels who are operating it illegally.

A senior government official in the capital, Bangui, said the mine did not follow regulations.

The CAR has been torn by fighting between the Seleka and Christian militia, known as anti-Balaka, for over a year.

A collapse at the same mine in the town of Ndassima last year killed dozens.

Thousands of people began exploiting the mine illegally after its owner, Canada’s Axmin, shut it down in 2012 because of security concerns. 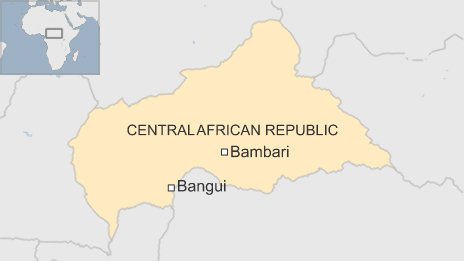 An estimated 20% of inhabitants have fled their homes in the conflict which began as Seleka rebels seized power in March 2013.

This gave rise to the creation of largely Christian anti-Balaka militias and the situation descended into ethno-religious violence.

The Seleka leader, Michel Djotodia, stood down as president in January as part of regional efforts to end the fighting.