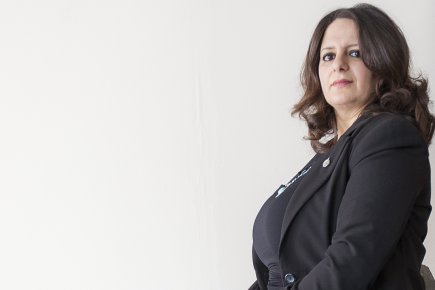 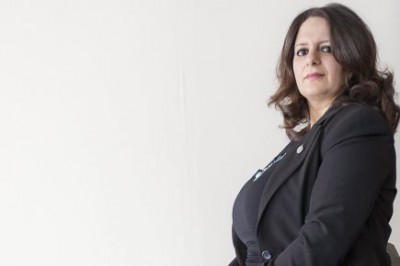 A New Democrat MP has quit the caucus over what she felt was an excessively pro-Israel stance on the current conflict in Gaza and demeaning party demands to toe the line.

Sana Hassainia, who represents the Montreal-area riding of Vercheres-Les Patriotes, was specifically critical of NDP Leader Tom Mulcair in a blog post that appeared online Wednesday.

Ms. Hassainia alleged that she was “punished” for supporting Mulcair rival Brian Topp for the party leadership, including losing her position on the Commons committee on the status of women. She also said she was forced to stay quiet over her views on the Middle East and accept a position that didn’t align with her values.

“For me, a party leader should be loved like (former leader) Jack Layton and not feared,” wrote Ms. Hassainia, who is originally from Tunisia.

“Today, I have the courage to make a significant gesture, to take a weight off my shoulders and stand by my convictions.”

However, NDP sources said Ms. Hassainia has never before voiced concern over Mr. Mulcair’s position on Israel and accused her of simply looking for an excuse to cover the fact that she rarely shows up for work.

So far this year, Ms. Hassainia has the worst voting record of all MPs, showing up for only 8.7 per cent of votes in the House of Commons.

Since winning election in 2011 as part of the so-called “orange wave” that swept Quebec, the 39-year-old has given birth to two children.

A source close to Mr. Mulcair said the party bent over backwards trying to accommodate Ms. Hassainia’s need to be with her young children, even letting her use the leader’s office to breastfeed. But still the party’s whip, Nycole Turmel, was frustrated in her efforts to get Ms. Hassainia to show up for votes and perform other parliamentary duties.

Ms. Hassainia had been preparing to announce next week that she would not seek re-election.

In a draft of that announcement, prepared last month and obtained by The Canadian Press, Hassainia cites the need to spend more time with her young family as the sole reason for her decision. And she says she intends to remain an active and proud member of the NDP.

In a brief July 25 email to an NDP staffer who was helping craft the announcement, Ms. Hassainia says she wants to make “some small changes” to the document. She gives no hint that the changes involve disavowing the party or taking issue with Mulcair’s stand on Israel.

Mr. Mulcair has been more unequivocal in his support for Israel than previous NDP leaders but he’s walked a fine line on the conflict in Gaza.

He has supported Israel’s right to defend itself against Hamas missile attacks but has simultaneously pushed the federal government to help Palestinian children injured by Israeli missiles.

The globe and mail