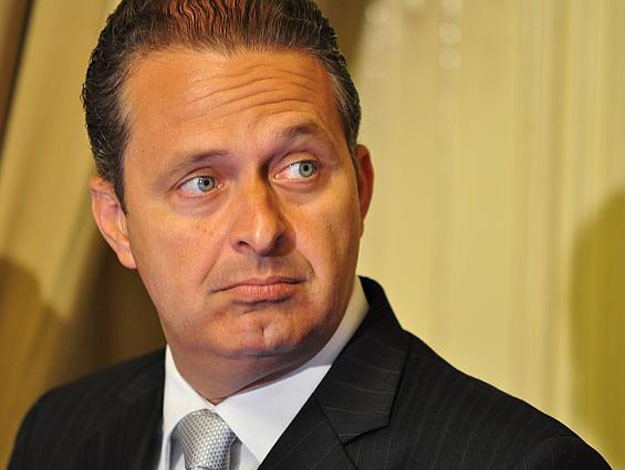 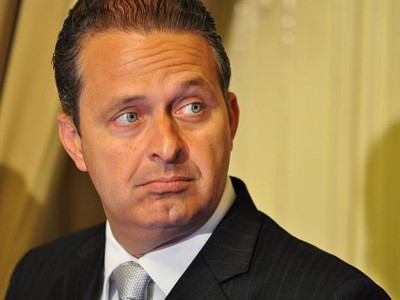 Brazilian presidential candidate Eduardo Campos was killed in a plane crash on Wednesday, throwing the October election and local financial markets into disarray.

A private jet carrying Campos and his entourage crashed in a residential area in bad weather as it prepared to land in the coastal city of Santos. The accident killed all seven people on board, the Sao Paulo state fire department said.

Campos, 49, was running on a business-friendly platform and was in third place in recent polls with the support of about 10 percent of voters.

While he was not expected to win the Oct. 5 vote, he was widely seen as one of Brazil’s brightest young political stars and his death instantly changes the dynamics of the race. Some analysts said it could make it harder for leftist President Dilma Rousseff to win a second term.

His running mate, environmentalist Marina Silva, is a former presidential candidate and was even better known than Campos at this relatively early stage of the campaign.

If she runs in his place, as electoral law says she can, Silva could eat into Rousseff’s support among leftist voters. An evangelical Christian with a strong record on the environment, she could also attract more votes from Brazil’s growing pools of young and evangelical voters.

In the hours after the crash, politicians from all sides expressed grief for a charismatic young former governor who even opponents privately whispered was likely to become president – probably not in 2014, but someday.

Rousseff, who is leading the race, announced she would suspend all campaigning for three days. “All of Brazil is in mourning,” she said.

Rousseff is ahead in polls with about 36 percent of voter support. Neves has enjoyed about 20 percent support and was widely expected to face Rousseff in a second-round runoff on Oct. 26.

Brazil’s stock and currency markets initially fell on the news of Campos’ death and remained volatile as investors struggled to grasp what the impact would be on the election. Markets have gone up in recent months with each poll or other development suggesting Rousseff might lose, due to investors’ distaste for her interventionist economic policies.

Some investors worried that Silva’s entry into the race could leave Neves as the only candidate with strong backing from financial investors and big businesses. Others focused on what they saw as the increased likelihood of Rousseff facing a runoff in which both opposition camps lined up against her.

Campos, the leader of the Brazilian Socialist Party and a former governor of the northeastern state of Pernambuco, was running as a market-friendly leftist and had strong support from many banks and industrial groups.

His running mate Silva placed a strong third in the 2010 presidential election, but her pro-environment agenda means that many in Brazil’s powerful agribusiness sector distrust her.

Silva, who was not on the plane that crashed, did not immediately make any statements following Campos’ death.

Brazil’s main stock index lost as much as 2 percent following initial reports that Campos was on the crashed plane, but later regained ground and was down a little more than 1 percent in afternoon trade. The currency also fell sharply on news of Campos’ death but later bounced back.

The entry of Silva into the race could increase the odds of Rousseff facing a runoff, Brown Brothers Harriman said in a note to clients.

“She is very well known and arguably has a closer electoral base to (Rousseff),” the bank said in the note.

On Tuesday night, Campos was in Rio de Janeiro for an interview with Brazil’s most-watched nightly news program. Several pundits praised his performance as confident and authoritative, and said he might rise in polls as a result.

Campos was a protege of popular former President Luiz Inacio Lula da Silva before breaking with the ruling Workers’ Party in preparation for his presidential run last year.

“Surely he would have had an important role in Brazil’s future. Brazil needs leaders like him, with the ability to understand the situation and not store up hatred or animosity. Eduardo was like that,” said Fernando Henrique Cardoso, another former president and a member of Neves’ party.