Qatar’s Dangerous Game: Switzerland of the Gulf, Patron of Islamists 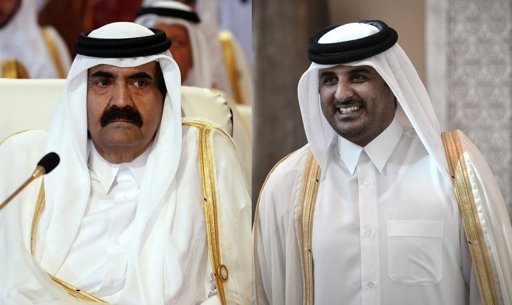 Has Qatar overplayed its hand? The emirate, with 300,000 citizens who enjoy the highest per-capita GDP in the world, has a reputation as the Switzerland of the Persian Gulf: small, wealthy, and dogged about maintaining good relations with its quarrelsome neighbors. Qatar has strong ties with Iran, with which it shares a massive offshore gas field. It also hosts CENTCOM, the U.S. military’s central command in the Middle East. After the Oslo Accords in 1996, Qatar became the first Gulf state to establish trade ties with Israel.

Its dexterity is being challenged. Driven by ideology or opportunity—it isn’t clear which—Qatar’s former emir and his son, who took over the throne in June 2013, have cast their lot with some of the radical Islamist groups that have roiled the region since the Arab Spring revolts broke out in 2010. Qatar’s support for militants has angered its neighboring conservative monarchies in the Gulf Cooperation Council—notably Saudi Arabia, the United Arab Emirates, and Bahrain. But Qatar doesn’t seem to care.

Qatar funds and arms Islamists fighting Syrian President Bashar Assad and bankrolls Hamas in the Gaza Strip. It let other extremist groups raise money in Qatar, according to the U.S. Treasury Department. Qatar backed the Muslim Brotherhood and President Mohamed Morsi in Egypt, before the Egyptian military deposed that nation’s first democratically elected leader and declared the Muslim Brotherhood illegal. And last month, when Qatar tried to broker a ceasefire in Gaza, the effort was angrily slapped down by Egypt and Israel, who thought the Qataris were trying to help Hamas win concessions through violence.

Why would this peninsula of sand that is smaller than Connecticut, home to the world’s third-largest natural gas reserves and the 2022 soccer World Cup, climb out on the Islamist limb?
“Above all it boils down to the pragmatic search for autonomy in policymaking,” says Kristian Coates Ulrichsen of Rice University. Qatar seeks to “balance ties among competing interests,” he says, to avoid becoming too entangled with any one. It has always been a haven for political exiles, including leaders of Hamas and the Muslim Brotherhood, which has helped keep these groups from stirring up trouble among Qataris, Ulrichsen adds.

But has it now bitten off more than it can chew?

“Today Qatar is on the defensive. They made a huge gamble and lost with the Muslim Brotherhood in Egypt,” says Emile Hokayem, a senior fellow at the Bahrain center of the International Institute for Strategic Studies, the London think tank. “Perhaps Islam will shape the region some day, and the bet will pay off. But in the short and medium term, the powerful state actors don’t see it that way and are ready to counter Qatar.”