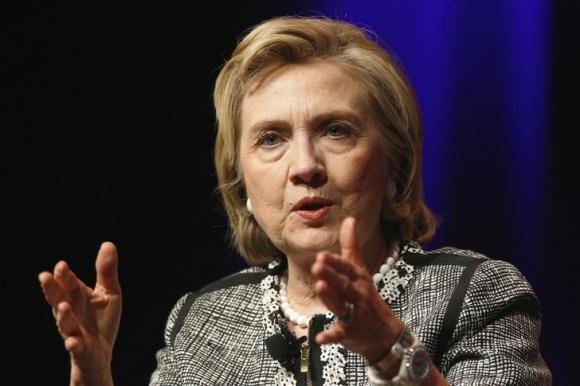 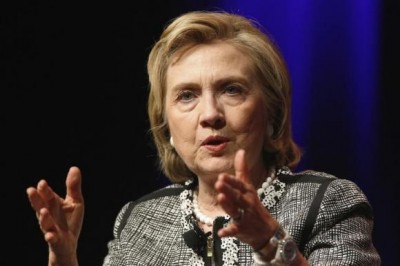 Distancing herself from President Barack Obama’sforeign policy, potential 2016 U.S. presidential candidate Hillary Clinton said in an interview published on Sunday that the U.S. decision not to intervene early in the Syrian civil war was a “failure.”

Republican critics and others have faulted Obama for doing too little to support Syrians who rose up against President Bashar al-Assad. Syria has been torn apart by a civil war for three years, with Assad staying in power and Islamic militants among the opposition gaining strength.

“The failure to help build up a credible fighting force of the people who were the originators of the protests against Assad – there were Islamists, there were secularists, there was everything in the middle – the failure to do that left a big vacuum, which the jihadists have now filled,” Clinton said in an interview with The Atlantic.

Clinton was Obama’s secretary of state during his first term as president, stepping down in early 2013, so she was part of the administration during the start of the Syria uprising. Seen as a possible strong contender for the 2016 U.S. Democratic presidential nomination, she ran unsuccessfully against Obama for the party’s nomination in 2008.

In the interview, Clinton also offered strong support for Israel and for Prime Minister Benjamin Netanyahu, who has a tense relationship with Obama.

Israel has drawn international condemnation for the deaths of Palestinian non-combatants in Gaza and the destruction of thousands of homes during its month of war with the Islamist movement Hamas. The Obama administration, while supporting Israel’s right to defend itself, has rebuked Israel at least once during the current conflict over the deaths of civilians.

“I think Israel did what it had to do to respond to the (Hamas) rockets. Israel has a right to defend itself. The steps Hamas has taken to embed rockets and command and control facilities and tunnel entrances in civilian areas, this makes a response by Israel difficult,” Clinton said.

Questioned about whether Israel has taken enough steps to prevent the deaths of civilians including children, Clinton said the United States also tries to be careful to avoid civilian casualties in war but sometimes mistakes are made.

“We’ve made them. I don’t know a nation, no matter what its values are – and I think that democratic nations have demonstrably better values in a conflict position – that hasn’t made errors, but ultimately the responsibility rests with Hamas,” Clinton added.