Catholic Patriarch appeals for an Arab army to defeat takfiris 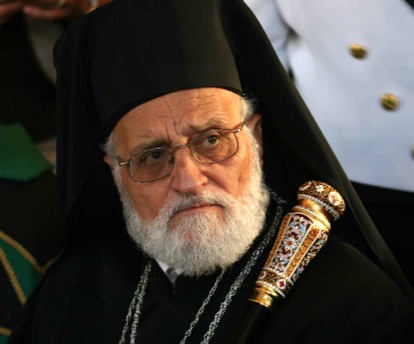 Patriarch of Antioch and All the East, Alexandria and Jerusalem for the Melkite Greek Catholic Church Patriarch Gregorios III, issued an appeal to the conscience of the Arab nation in which he called for Arab unity and for the formation of” an Arab army to eliminate the takfiris , and save the Arab world from the inhuman encroachments and destruction in our beloved Iraq. ”

He added : “The Arab world should take the initiative and give the whole world a lesson in the defense of human values ​​and heritage of faith and morality, in a world that is desperately needed.I urge the Arab world to hear our appeal. ”

The Patriarch is Syria’s most senior Catholic leader. He has often been accused of being a supporter of the government of Syrian president Bashar Al Assad , but he denied that in an interview with BBC last October .

The term takfiris for the Islamist Sunni extremists is usually used by Hezbollah, Iran and Syria. Similarly the Sunnis refer to the Shiites as takfiris ( apostasy) .