Israel to complete withdrawal from Gaza by start of ceasefire at 8:00 am 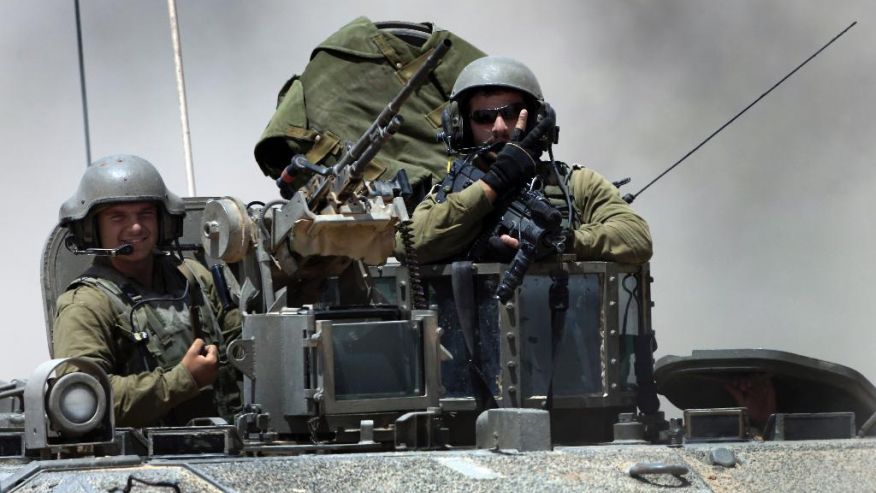 sraeli reserve soldiers are seen on the top of an armored personnel carrier returning to Israel from Gaza Strip, southern Israel, Monday, Aug. 4, 2014.
Share:
The Israeli military says all its ground troops will have pulled out of the Gaza Strip by the start of the cease-fire agreed to by both sides in the war.

Lerner says the withdrawal is going forward after Israel completed the destruction of 32 cross-border tunnels meant to allow Islamic militants to carry out attacks against Israel.

The cease-fire is meant to end nearly four weeks of fighting between Israel and Hamas, which has claimed 1,900 Palestinian lives — most of them civilians. The war has also left 67 Israelis dead, all but three of them soldiers.