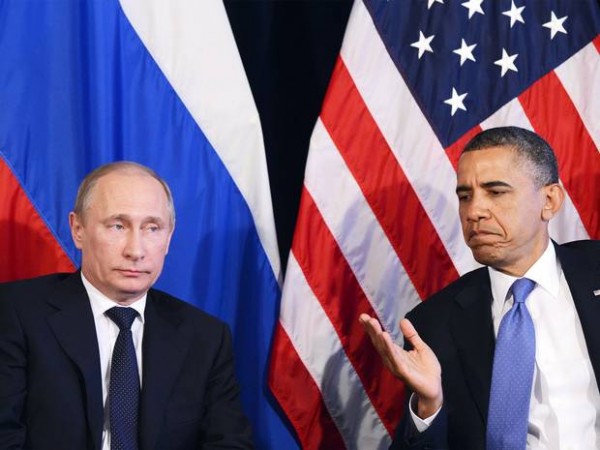 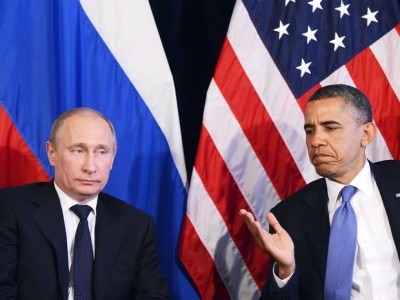 President Barack Obama has hit back at criticism that Vladimir Putin has the upper hand in the Ukraine crisis, arguing that Russia is a nation that “doesn’t make anything”.

Mr Obama downplayed Russia’s position in world politics and warned that Mr Putin’s policies will cause more harm than good over the long term.

“I do think it’s important to keep perspective: Russia doesn’t make anything,” he told the Economist.

“Immigrants aren’t rushing to Moscow for opportunities. The life expectancy of the Russian male is around 60 years old. The population is shrinking.”

Russia has some of the world’s largest oil and gas reserves and provides about one third of the European Union’s gas and oil- of which approximately 40 per cent runs through Ukraine.

Discussing his relationship with Mr Putin, the US president said his administration felt “let down” by the Russian leader, whose approval rating has soared to a six-year high following the annexation of Crimea, but insisted that his actions will prove costly.

“I think President Putin represents a deep strain in Russia that is probably harmful to Russia over the long term, but in the short term can be politically popular at home and very troublesome abroad,” he added.

Mr Obama also discussed US relations with China, which recently signed a $400 billion deal to buy gas from Russia, describing tensions between the two superpowers as “manageable” as long as Washington handles Beijing “firmly”.

“One thing I will say about China, though, is you also have to be pretty firm with them, because they will push as hard as they can until they meet resistance.

“They’re not sentimental, and they are not interested in abstractions. And so simple appeals to international norms are insufficient,” he added.