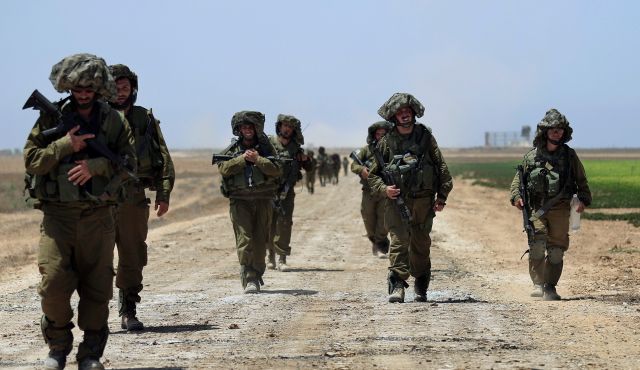 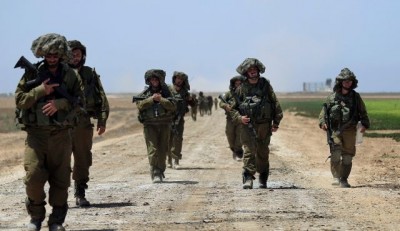 Israeli media said on Saturday that the Israeli military was unilaterally withdrawing from Gazan urban centers and re-deploying near the border in a move that suggested a limited ground re-occupation of the Gaza Strip for the foreseeable future.

Israeli newspaper Haaretz said that Israeli forces were redeploying several hundred meters from the border, which was confirmed by Israeli Channel 2.

It was the first time troops had been seen pulling back since the start of Israel’s devastating 26-day operation, which has so far claimed more than 1,660 Palestinian lives and forced up to a quarter of the territory’s population to flee their homes.

The move came after an army spokesman told AFP that Israel was “quite close to completing” the destruction of tunnels used for infiltrating southern Israel — which Israel has in recent days said is the main objective of the ground operation.

Haaretz said that in the next 24 hours, the military would “announce that all known tunnels reaching from Gaza into Israel have been demolished,” including 31 allegedly known previously as well as a number of other newly discovered ones.

The Haaretz report also that Israeli forces intended to withdraw from “built-up areas” and redeploy near the border.

“The re-deployment is meant to secure Israel’s Gaza vicinity communities in case of breaches, and in readiness of possible future missions,” the report continued.

A military spokeswoman, however, refused to comment to Ma’an on the reports.

Earlier on Saturday, Israeli authorities told hundreds of thousands of residents of the northern Gaza Strip that they could return to their homes except in Beit Hanoun, after being told to evacuate last week.

Israel killed at least 78 Palestinians on Saturday, a day after Israeli shelling and airstrikes led to the bloodiest death toll of the assault yet, with more than 150 killed.

After that Israel said it was withdrawing from ceasefire talks in Cairo and officials said that any decision made would be unilateral.

Hamas offered a 10-year truce to Israel in mid-Jul y on the condition that a eight-year old economic blockade of the Gaza Strip that has caused major economic and humanitarian destruction — while failing to achieve its stated aim, the removal of Hamas — be lifted, but Israel rejected the offer.

Israel launched the assault earlier in the month after a sustained offensive on Hamas across the West Bank in June and early July in order to find three missing Israeli teenagers, which left 10 Palestinians dead, more than 130 injured, and 600 Hamas-affiliated individuals in prison.

The offensive — which was accompanied by airstrikes on the Gaza Strip — led to a sharp rise in rocket fire from the area into Israel.