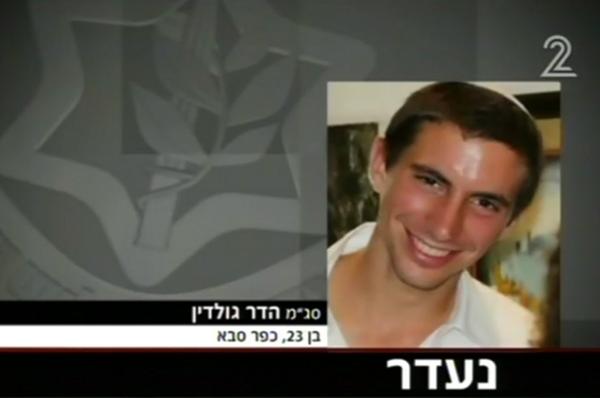 The Israeli military said 2nd Lt. Hadar Goldin, 23, went missing after an ambush that also killed two other Israeli soldiers, and it feared Goldin had been captured by militants and dragged into a tunnel used by fighters to infiltrate Israel from Gaza. Isarel confirmed on Sunday Aug 3 , 2014 that he is dead
Share:
The Hamas military wing has distanced itself from the disappearance of a soldier Israel says is feared to have been captured by Gaza fighters.

In a statement on its website Saturday, the military wing says that it is “not aware until this moment of a missing soldier or his whereabouts or the circumstances of his disappearance.”

It says it believes the soldier might have been killed in a clash with Hamas fighters about an hour before an internationally brokered cease-fire was to set to begin early Friday.

Hamas says it has lost contact with those fighters and that “we believe all members of this group have died in an (Israeli) strike, including the Zionist soldier the enemy says disappeared.”