Suspect in firing a rocket against Israel released 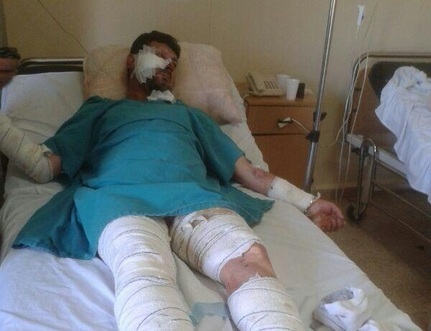 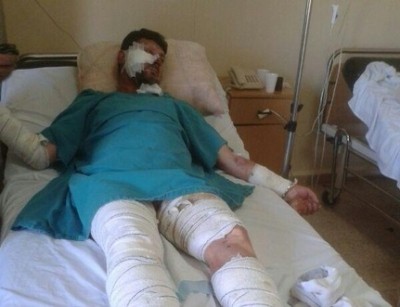 A suspect who was detained  on suspicion of firing rockets against Israel  from south Lebanon was released from custody on Friday,  National News Agency reported .

NNA  said that Sheikh Hussein Atweh was released from custody  on Friday, but will be prevented from traveling from Lebanon due to his health condition.

This comes after his  lawyer requested Tuesday that he should be released, saying attacks on Israel fall under the framework of the resistance.

“What Atweh has done is a resistance act against the Israeli enemy, guaranteed by the ministerial statement of the current government that gave every Lebanese the right to resist until the occupied land is liberated,” Tareq Shandab said in his request, which was sent to to Justice Minister Ashraf Rifi and State Prosecutor Samir Hammoud.

Atweh  was severely wounded while firing  a  rocket towards Israel  on July 11.

Another suspect, identified as Samir Hussein Abou Qais, who hails from the town of al-Habariya, was also arrested at the time.

On July 11, several rockets were fired on northern Israel from the outskirts of the town of Mari in Hasbaya, drawing retaliatory Israeli artillery fire.

The Lebanese Army arrested Atweh, a member of Al-Jamaa al-Islamiya, earlier this month at a hospital in the Bekaa Valley. He reportedly confessed to being behind the firing of one of several rockets from south Lebanon that have landed in Israel in recent weeks, prompting the Jewish state to retaliate and use at least 25 artillery shells on southern Lebanese villages.

Atweh told interrogators that he fired the rocket in response to Israel’s aggression against Gaza.