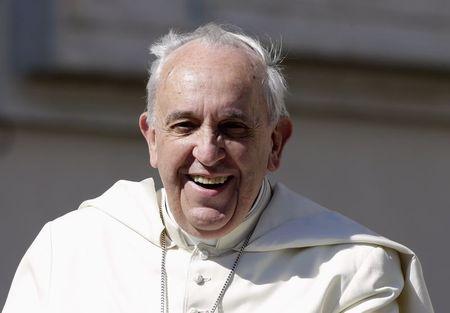 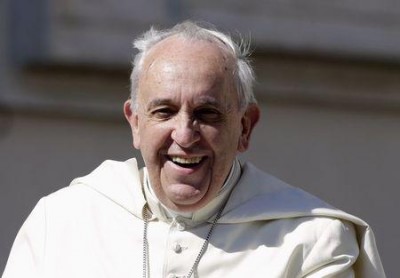 “Be giving of yourself,” “move with kindness” and don’t try to convert others, are among Pope Francis’s 10 tips for happiness.

The 10 tips are part of a candid interview the Pope gave to the Argentine newspaper Clarin this week, which also touched on the violence in Ukraine, his recent trip to Israel and his nomination for the Nobel Peace Prize.

“We can inspire others through witness so that one grows together in communicating. But the worst thing of all is religious proselytism, which paralyzes: ‘I am talking with you in order to persuade you.’ No. Each person dialogues, starting with his and her own identity,” the Pope is quoted by the newspaper as saying.

“The church grows by attraction, not proselytizing.”

The Pope’s recipe for happiness includes advice about how people should spend their time. He says that Sunday is “for family” and that people need “a healthy sense of leisure,” while adding that the joy of literature is being lost.

Francis also advises families to turn off their televisions at dinner time, because TV “doesn’t let you communicate.” However, he does note TV can be useful for following the news.

His tips for happiness touch on politics as well. In the interview he says “Consumerism has brought us anxiety” and that the destruction of our environment “is one of the biggest challenges we have.”

He also asks people to take a proactive role in solving political conflicts. The Pope says “the call for peace must be shouted. Peace sometimes gives the impression of being quiet, but it is never quiet, peace is always proactive.”The tips are not without controversy. When it comes to growing the Catholic Church, the Pope says “the worst thing of all is religious proselytism, which paralyzes.” Instead, he says, the church “grows by attraction, not proselytizing” and that Catholics need to have “dialogues” with those who don’t follow their religion.

He also reflects that as he grows older, he is no longer the “rushing river” he was as a young man. Instead he sees himself as a “pool of water” — which allows him “the ability to move with kindness and humility,”

Below are The Pope’s ten tips translated from Spanish by the Catholic News Service.

2. “Be giving of yourself to others.”

6. Be “creative” with young people and find innovative ways to create dignified jobs.

7. Respect and take care of nature.

8. Stop being negative. “Letting go of negative things quickly is healthy,” he said.

9. “The worst thing of all is religious proselytism, which paralyzes.”