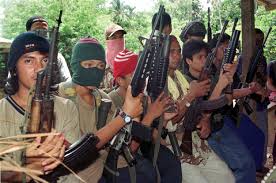 In the southern Philippines, 19 people have died and 16 have been injured in an ambush staged by the extremist Islamist group Abu Sayyaf.

The attack is considered among the bloodiest by the militant group in recent years.

Philippines security forces have launched pursuit operations against the Abu Sayyaf gunmen believed to be behind the attack in Talipao town in Sulu province.

The ambush was staged on civilians travelling in two vans on their way to visit relatives at the end of the Muslim fasting month of Ramadam.

Military regional commander Martin Pinto says the fatalities include six men and ten women. Nine children are among the wounded being treated in hospital.

The Al-Qaeda linked Abu Sayyaf is blamed for the worst terrorist attacks in the Philippines’ recent history, including the 2004 bombing of a ferry that left more than 100 dead, abductions of foreign missionaries and tourists, and beheadings mostly of local people.

Brigadier-General Pinto said the attack in Talipao appeared to be an offshoot of a local feud between two Muslim clans, one of them related to Abu Sayyaf members.