US warns against travel to Israel, West Bank and Gaza 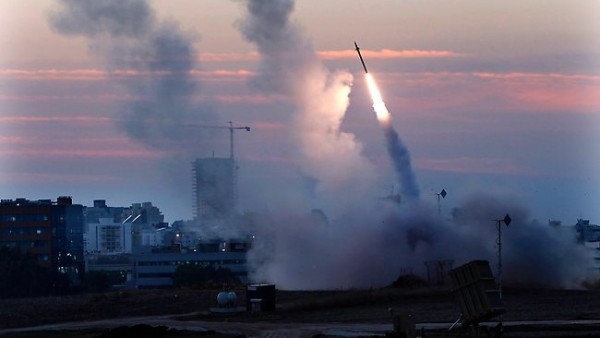 The Israeli Iron Dome system fires to intercept incoming missiles from Gaza.
Share:
The United States on Monday warned Americans against traveling to Israel and the Gaza Strip, urging them to postpone any visits amid the current conflict.

It has also toughened restrictions on US government staff and their families working in the country, including declaring the Old City in Jerusalem off-limits after dark until further notice.

“The US Department of State warns US citizens of the risks of traveling to Israel, the West Bank and Gaza due to ongoing hostilities,” an updated travel warning said, adding it “recommends that US citizens consider the deferral of non-essential travel to Israel.”

“The security environment remains complex in Israel, the West Bank, and Gaza, and US citizens need to be aware of the risks of travel to these areas because of the current conflict between Hamas and Israel,” the State Department warning added.

Many Americans have deep ties to Israel, and two dual US-Israeli citizens were killed on Sunday fighting in the Israeli Defense Forces.

But the State Department highlighted that long-range rockets launched from the Gaza Strip have reached many parts of Israel, including Jerusalem and Tel Aviv.

While many have been intercepted by the Iron Dome shield, some have “caused damage and injury,” the warning said, adding all US visitors should locate the nearest bomb shelter for their safety in case of more rocket fire.

“Travelers should avoid areas of Israel in the vicinity of the Gaza Strip due to the real risks presented by small arms fire, anti-tank weapons, rockets, and mortars, as attacks from Gaza can come with little or no warning,” the statement added.

It stressed that while the embassy in Tel Aviv is working on reduced staffing and providing only emergency consular services, “we are not evacuating US citizens out of Israel.”