MH 17: Two Lebanese-Australians among the victims 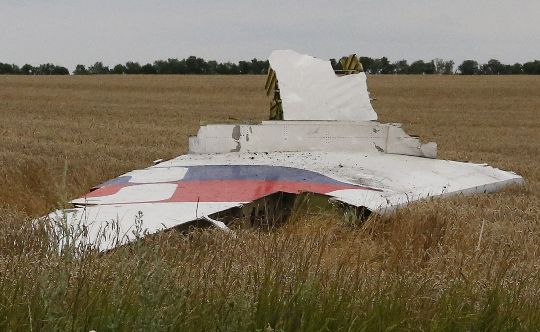 A part of the wreckage of a Malaysia Airlines Boeing 777 plane is seen after it crashed near the settlement of Grabovo in the Donetsk region, July 17, 2014. The total number of dead in the crash of the Malaysia Airlines MH-17 plane in eastern Ukraine is more than 300 and includes 23 U.S. citizens, a Ukrainian interior ministry aide said. REUTERS/Maxim Zmeyev
Share:

Two Lebanese – Australians were among the 298 people on board the Malaysian jetliner that was shot down over Ukraine.

According to Voice of Lebanon radio (100.5), Albert and Mary Rizk are among the victims who died along with dozens of others in the tragedy on Thursday.

They live in Melbourne, Australia.

Dutch authorities said 27 Australians were among the dead.

At a news conference in Kuala Lumpur, Malaysia Airlines updated its nationality count of passengers, saying the plane carried 154 Dutch, 43 Malaysian – including the crew-, 27 Australian, 12 Indonesian, 9 British, 4 German, 5 Belgian, 3 Filipino and one person each from Canada and New Zealand.

Passengers on the plane included a large contingent of world-renowned AIDS researchers and activists headed to an international AIDS conference in Melbourne, Australia.

News of their deaths sparked an outpouring of grief across the global scientific community.

According to reports in the New York Times, Ukrainian officials have released what they claim are transcripts of three separate conversations, purportedly from pro-Russian separatist fighters near the scene of the Malaysia Airlines Flight 17 crash. The fighters appear to be taking credit for shooting down the airliner.