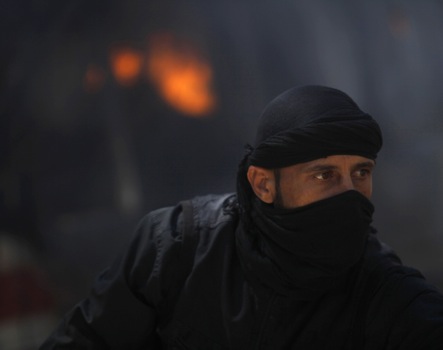 Jabhat al Nusra fighter
Share:
Al-Nusra Front published on Monday a video on YouTube channel which shows Hezbollah fighters fleeing the battle front in a mountainous area in Syria’s Qalamoun region , according to a report by NOW

The video is titled: “A part of [the video showing] the expulsion of the rats of [Hezbollah] from the Qalamoun mountains near the Lebanese town of Nahle.”

According to NOW Hezbollah has left its post in the mountainous area of Nahle.