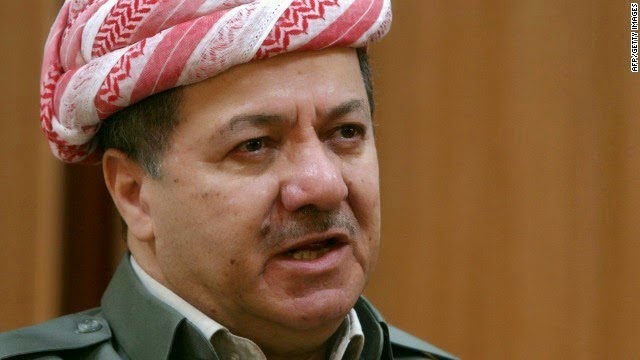 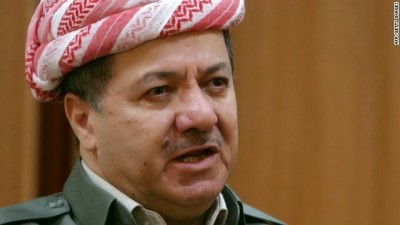 The president of Iraq’s autonomous Kurdish region will meet Turkish leaders on Monday as Ankara keeps a close eye on moves for an independent Iraqi Kurdistan amid the chaos in its conflict-torn neighbour.

Massud Barzani is due to meet President Abdullah Gul and Prime Minister Recep Tayyip Erdogan in the capital Ankara in separate meetings from 1100 GMT.

The visit comes as lightening gains by the self-proclaimed Islamic State (IS) — formerly known as the Islamic State of Iraq and the Levant (ISIL) — in Iraq have alarmed countries in the region and sparked calls for Kurdish autonomy to counter the radical Islamist threat.

In an interview this month, Barzani said Iraq’s Kurds would hold an independence referendum within months, adding that the time was right for a vote as Iraq was already effectively divided by IS’s actions in Iraq.

Turkey, which has its own Kurdish minority, has said it is committed to the territorial integrity of Iraq and officially remains opposed to the notion of Kurdish independence.

But in recent years, Ankara has enjoyed burgeoning trade ties with Iraq’s Kurdistan region while Erdogan has also moved to end the conflict with Kurdish rebels at home and grant Turkish Kurds greater rights.

Analysts say that Turkey is now far less hostile to the notion of an Iraqi Kurdistan than when Erdogan’s Justice and Development Party (AKP) came to power over a decade ago.

Barzani also remains key to peace talks between Turkey’s secret services and Kurdish rebel leader Abdullah Ocalan who has been serving a life sentence since 1999 on the Imrali prison island in the Sea of Marmara.

“Nobody should expect us to make tough words (on Kurdish independence) like we did in the past,” a Turkish official told AFP.

“There is a continuing peace process at home,” he noted, speaking on condition of anonymity.

“We are still against the idea of an independent Kurdistan. There’s no change in our position but there is a change in our rhetoric.”

Ashti Hawrami, the minister of natural resources in the Kurdistan region’s government, is also expected to meet with Turkey’s energy minister on Monday, a ministry official told AFP.

In May, Turkey began exporting oil supplies from Iraqi Kurdistan to international markets, drawing the ire of the central government in Baghdad.