A former Israeli spy launched the rockets from Lebanon 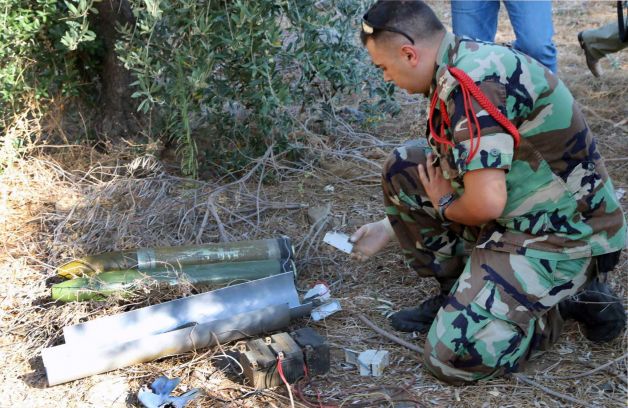 A Lebanese army expert dismantles two rockets that were found ready to fire into northern Israel, in the southern Lebanese village of Al-Mari, Lebanon, Friday, July. 11, 2014. The Lebanese army said in a statement that an “unknown side” fired three rockets Friday morning from the Marjayoun-Hasbaya region toward Israel. (Lotfallah Daher, AP / AP)
Share:
Samir Hussein Abu Qais, a former collaborator with Israel prior the year 2000, was arrested Friday for launching rockets at Israel from South Lebanon An-Nahar newspaper reported Saturday.

According to the paper, Abu Qais served his sentence at the Roumieh prison for spying for Israel after he handed himself over to the security forces.

He worked for former parliamentarian Faisal al-Daoud, the paper added. However, it did not explain the nature of his work with the MP.

As for the second detainee in the case, Hussein Ezzat Atwi, he was known to be a member of the Islamic Movement (Jamaa Islamia)

However, the movement denied its relation to the launching of rockets to Israel.

“The Islamic Movement has no intention to launch rockets or conduct any other [military activity], especially amid the sensitive situation that Lebanon is going through,” the movement’s MP Imad Hout told the daily.

An-Nahar also noted that Atwi held a PhD and taught at the Islamic Dawa faculty. He was also a member of Lebanon’s Coalition of Muslim Scholars.