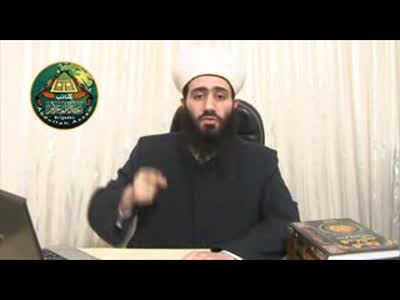 The spokesperson for the terrorist organization the Abdullah Azzam Brigades called on the Shiite party Hezbollah to withdraw its fighters from Syria, where they are fighting alongside the regime of President Bashar al-Assad.

“[Hezbollah] must leave Syria as soon as possible, before it is too late,” Sheikh Sirajeddine Zurayqat said on his Twitter account Tuesday.

He went on to accuse the Shiite group of “killing women and children in Aleppo, besieging Eastern Ghouta, occupying Qalamoun, shelling safe [citizens] in southern Damascus, and continuingly supporting Bashar.”

In January, the Al-Qaeda-linked Abdullah Azzam Brigades accused Hezbollah of killing their chief, Majid al-Majid, and vowed to continue attacks against the party and Iran.

“Majid’s condition deteriorated after he was detained. The “Shiite party of hatred” Hezbollah removed his his respirator,” the terrorist group said in a statement issued via Twitter.

Last month Zurayqat warned Hezbollah supporters that they will not live in safety as long as the Iranian-backed group continues to take part in the Syrian civil war.

Zurayqat said in an audio recording: “You will not enjoy living safely until security returns to the people of Syria and Lebanon.”

He did not directly claim responsibility for the latest attacks but said “our strikes against you will continue as long as your presence in Syria continues.”

Zurayqat also accused Hezbollah of carrying out the twin suicide bombings at Tripoli’s As-Salam and Al-Taqwa mosques in August 2013, and of “burning the Bilal [Bin Rabbah] mosque in [Sidon’s] Abra.”

He also claimed Hezbollah was behind the assassination of several March 14 officials, including former Prime Minister Rafiq Hariri on February 14, 2005, and former minister Mohammad Chatah in Downtown Beirut on December 27, 2013.