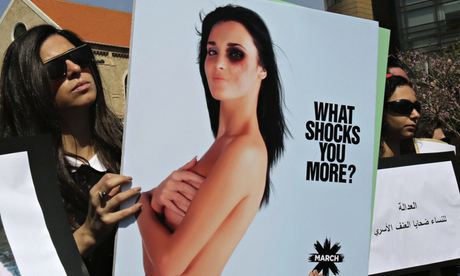 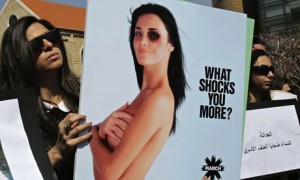 violenceA Lebanese man who beat his wife has been jailed for nine months in the first such conviction under a domestic violence law passed in April.

Hussein Ftouni will also be fined 20 million Lebanese pounds ($13,258) for a brutal assault on his 22-year-old wife Tamara Harissi.

Women’s rights group Kafa said the verdict, announced on Tuesday, was a milestone first conviction, but criticised the short sentence.

“It’s the first case where the perpetrator has been sentenced under the new law, that we are aware of,” Kafa communications coordinator Maya Ammar told AFP.

“But we don’t see the sentence as sufficient. Of course it is better than releasing him, as his attorney requested, but he was convicted of beating her, not attempted murder,” she said.

“For us, the evidence clearly shows attempted murder, and we think that is what he should have been convicted of.”

Harissi told the local English-language Daily Star newspaper that her husband beat her for three hours, tying her legs together and breaking her fingers.

He threw alcohol over her and tried to set her on fire before leaving the house, threatening to kill her on his return, she said.

Ammar said Harissi had not yet decided whether to appeal the nine-month sentence, though she told the newspaper she thought the sentence was “good considering they were in Lebanon”.

Ammar called the case something of a milestone, praising the speedy issuance of a protection order, Ftouni’s arrest and the verdict against him.

But she also said Harissi now faced the additional challenge of seeking a divorce through a religious court.

“She still has a long battle to go through, but hopefully the religious authorities will grant her a divorce.”

Lebanon is seen as one of the most liberal countries in the Middle East, but many of its laws continue to discriminate against women.

Women suffering domestic abuse often fail to report it for fear of public criticism, and police have been known to tell victims of spousal assault to return to their husbands.