Israelis call for revenge against Palestinians in racist campaign 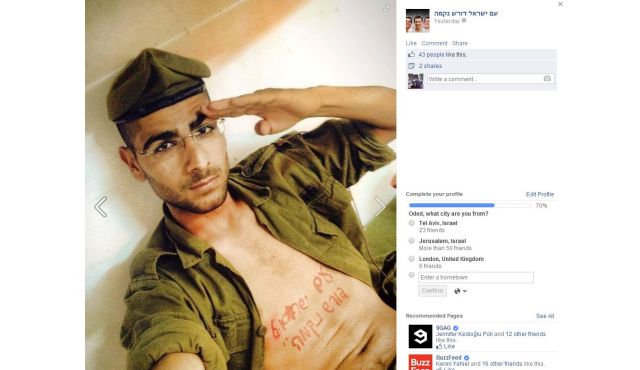 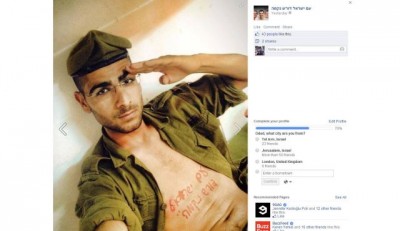 After this week’s murder of an east Jerusalem Palestinian, calls to inflict violent revenge on Arabs over the killings of three Israeli teenagers have gathered momentum on social media websites.

Such incitement, including by serving soldiers, has featured photos on Facebook and Twitter and prompted Israel’s authorities to urge restraint and threaten the culprits with disciplinary action.

The abduction and killing of three Israeli teenagers in the West Bank in June, which Israel blamed on Palestinian Islamist movement Hamas, ignited intense public grief and an outpouring of anger.

That anger was channeled into action Wednesday when a Palestinian teenager was abducted and murdered, apparently in a revenge attack.

In an increasingly tense atmosphere, calls on the streets for revenge have spread to the web, with one Facebook page labelled “The people of Israel demand revenge” getting some 35,000 “likes” before it was removed on Wednesday evening.

A new version of the page received 4,000 likes after being launched early on Thursday. It featured pictures of Israeli soldiers serving in the occupied West Bank, both men and women, inciting action against Palestinians.

One soldier, photographed topless and cradling a machinegun, had the word “Revenge” scrawled on his chest in black marker pen.

Rudy Saada, a journalist and social media specialist, said such views did not reflect those of the majority of soldiers.

“As usual, it’s the extremists who are the ones heard loudest,” he told AFP.

“The soldiers are hiding their faces [in the images] but are leaving the names of their units visible. These are units deployed in the (Palestinian) territories, and they’re not always the most educated members of the Israeli army,” Saada said.

The military said it would clamp down “severely” on the culprits.

“Posting racist pictures and calls for attacking innocent people is something dangerous that does not fit with what we expect from an Israeli soldier,” an army spokesperson said.

Four ultra-Orthodox soldiers have already been jailed for 10 days in connection with the hate campaign, Israeli media reported on Thursday.

“It doesn’t need to end in murder to be shocking,” she said in a speech to the Bar Association in Israel’s southern port city of Eilat.

“It is enough to see what is written on the social networks — they have turned into hotbed of dangerous and violent incitement.

The incitement has not been confined to cyberspace, with some 200 Israelis staging an anti-Arab march in east Jerusalem that degenerated into racist retribution.

Police arrested some 47 demonstrators suspected of attacking Palestinians and the security forces.

An MP of the leftwing Meretz party said the online campaigns had a major influence on developments on the ground.

After the three Israeli teenagers were kidnapped on June 12 in the southern West Bank, Israelis rallied behind the Twitter hashtag #bringbackourboys — a cry akin to that of Nigeria’s #bringbackourgirls, when Islamist group Boko Haram kidnapped hundreds of schoolgirls.

The online campaign eventually brought tens of thousands of people onto the streets of Israel’s commercial capital Tel Aviv in solidarity with the victims’ families after the bodies were found.

Some pro-Palestinian Internet users had initially issued messages of support for the kidnapping of the three Israelis.

On Wednesday, Palestinian activists launched a #dontburnourboys campaign — a reference to the burning of 16-year-old Mohammed Khder’s body by his killers.

There have also been online calls for calm on both sides, however.

And a rally organized on the web saw some 3,000 demonstrators protest in Jerusalem against revenge attacks from either side.