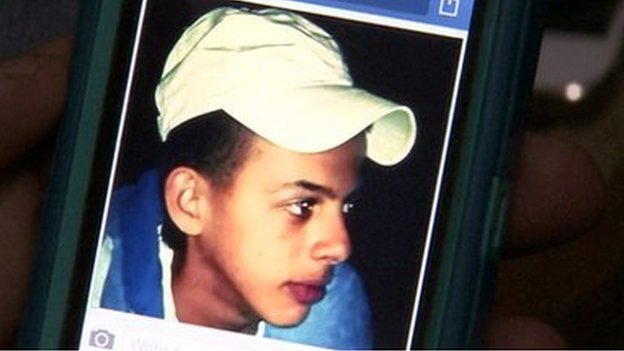 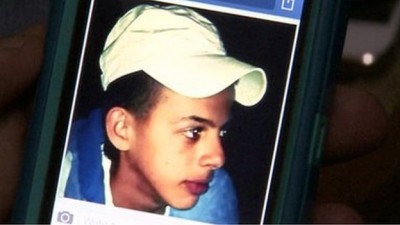 Mohammed Abu Khdair’s father Hussein Abu Khdair said he was held by Israeli police for eight hours and put under pressure to say his son’s killing was unlikely to be an attack to avenge the deaths of the Israeli youths. Israeli police have denied this.

As the time for the burial approached, the family appeared to accuse the Israeli authorities of holding the body unnecessarily – something also denied by police. Hussein Abu Khdair, who had been told a post-mortem examination was still taking place, said he hopes his son’s burial can still take place on Thursday. The funeral of Mohammed Abu Khdair had been due to take place after noon prayers at about 13:00 local time (10:00 GMT).

The post-mortem is reported to be taking longer than expected because the body was burnt.

The 17-year-old’s murder raised tensions amid claims it was in revenge for the killing of three Israeli youths.

Meanwhile, Israel has begun reinforcing forces on its border with Gaza.

Israel says the move, which follows air strikes against the Palestinian territory early on Thursday that injured 10 Palestinians, is part of its response to mortar and rocket fire from Palestinian militants.

Barrages struck two homes in the southern Israeli border town of Sderot overnight. There were no reports of injuries.

Israel’s air attacks on Gaza should not be seen as part of any action it may be planning to take against Hamas for the kidnapping and murder of the three young Israelis buried earlier this week.

They were an immediate response to a wave of attacks from Gaza in which rockets and mortars were fired at southern Israel.

But the exchange of fire comes at a time of rising tension in Israel and the occupied territories.

‘They don’t care about us… We’re garbage’

One of the dead teenager’s cousins, Dimah Abu Khdeir, said of Israelis: “They don’t care about us… We’re not considered citizens. We’re garbage. They killed us.”

There are fears the funeral, when it does take place, will be followed by more clashes like those which erupted outside the teenager’s home on Wednesday. Then, protesters threw stones at police officers, who responded by firing sound bombs, tear gas and rubber bullets.

The Palestinian boy was seen being forced into a car in Shufat, East Jerusalem, early on Wednesday.

His body was later found, bearing marks of violence, in West Jerusalem.

Palestinian President Mahmoud Abbas accused Jewish settlers of killing the boy, calling for the “strongest punishment against the murderers”.

Israeli Prime Minister Benjamin Netanyahu said the murder was “despicable” and that he had ordered police to work “as quickly as possible to find out who was behind the heinous murder of the youth”.

Ben-Dror Yemini in mass circulation Israeli daily Yediot Aharonot: “The Jewish majority hope, pray, that Jews did not murder the youth from Shufat… but there is a fear that we are in denial…that a cancer of racist right is nesting among us.”

Dan Margalit in free, pro-Netanyahu Yisrael Hayom: “”Certainly every decent Israeli wants to get rid of the murderers of Eyal Yifrach, Naftali Fraenkel and Gilad Shaer. There is a blood debt with the two Palestinians who murdered them…the IDF and the Shabak must hunt them, not wild groups who operate outside public life.”

Pro-Fatah Palestintian daily Al-Quds: “We say once again that peace is the only way leading to the suspension of violence, fanaticism and tension.”

Dr Isam Shawir in Hamas-run, Gaza-based Filastin: “The threats made by the occupation are worthless and do not scare Hamas, particularly in the Gaza Strip.”

The family of one of the three murdered Israeli teenagers also issued a statement condemning the latest killing.

“If the Arab youth was murdered because of nationalistic motives, then this is a horrible and horrendous act,” the statement from the family of Naftali Frenkel said.

Israeli police have urged caution over the motives for the killing, saying they are still investigating.

The bodies of the three Jewish seminary students were found near the city of Hebron on Monday, two-and-a-half weeks after they were abducted. Their funerals took place on Tuesday.