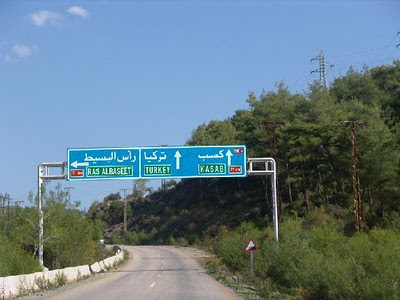 Syrian government forces backed by Hezbollah recaptured the strategic town of Kasab, near the only border crossing with Turkey in the northwestern province of Latakia, according to a report by Tehran Times.

“Units from the army are reestablishing security in the province of Latakia after killing a large number of terrorists and destroying their weapons,” Tehran Times quoted Syrian state television as saying .

The Syrian regime has always been referring to the Syrian rebels as “terrorists”.

Kasab, a mostly Armenian town, is strategically located near the only border crossing with Turkey in the mostly Aalawite Latakia province.

Twenty-nine fighters of the Iranian backed Shiite Hezbollah militant group were reportedly killed in Syria’s Rankous between Friday and Saturday, during clashes with the Free Syrian Army ( FSA), FSA Commander Abu Omar Alloush was quoted as saying on Saturday.

Rarely a day passes in Lebanon without an announcement about martyrdom of Hezbollah fighters in Syria.