Ukrainian military plane with at least 49 aboard downed 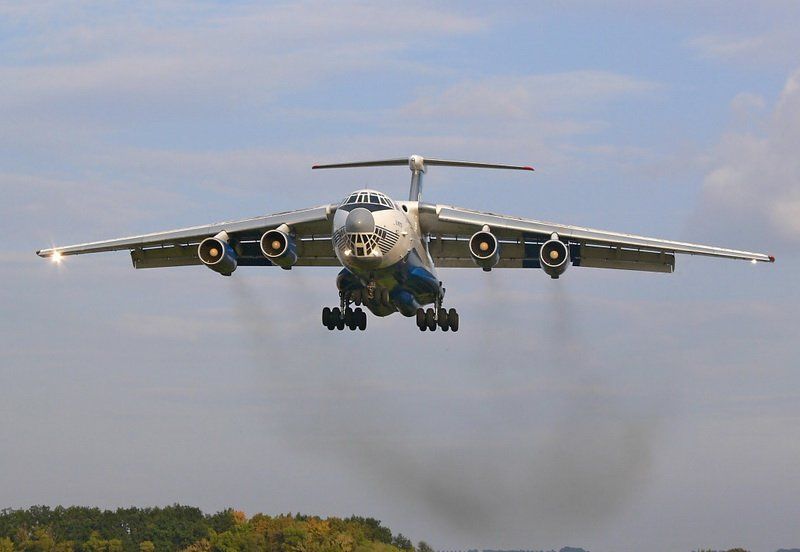 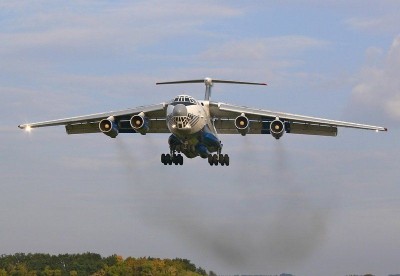 A Ukrainian military plane with at least 49 passengers was shot down overnight Friday, a source said, making it the latest and likely one of the bloodiest single events in that nation’s current period of turmoil.

The Ilyushin-76 military transport plane went down while approaching an airport in the eastern Ukrainian city of Luhansk, a source with the Ukrainian Anti-Terror Operation of the Ukrainian military forces told CNN.

It was not immediately clear how many of those aboard died or survived.

The incident came hours after Ukraine’s Kiev-based government — which is trying to regain control of the country’s restive south and east — deemed successful an operation targeting pro-Russian separatists in the city of Mariupol.

Anton Geraschenko, adviser to acting Ukrainian Interior Minister Arsen Avakov, said more than 30 “terrorists” had been detained and their base destroyed. Other separatists are hiding in homes and basements for safety, he said.

Four Ukrainian soldiers were injured in the operation, he said.

Residents of the southeastern port city may in the past have blocked Ukraine’s security forces, he said, but “today, not one resident of Mariupol protected terrorists.”

According to the Interior Ministry, the yellow-and-blue Ukrainian flag is flying once again over the main municipal building in Mariupol. The city has changed hands several times in the course of hostilities over the past several months.
Meanwhile, three Russian tanks that Avakov claimed had crossed the border into Ukraine on Thursday, prompting a skirmish between Ukrainian and Russian forces, are now in the Donetsk region, Geraschenko said.

He said Ukrainian intelligence indicated that the tanks’ drivers were Russian citizens.

The Russian Foreign Ministry told the BBC on Thursday that the claim its tanks had crossed the border was “another fake piece of information.”

The United States also believes tanks and heavy weapons have crossed into Ukraine from Russia after moving from a deployment site in southwest Russia, a State Department spokeswoman said Friday.

Geraschenko urged the tank drivers to leave their vehicles, warning they would soon be “destroyed from the air.”

Video posted online appeared to show the tanks in the Donetsk area. CNN was not able independently to verify the footage.

According to Avakov, the tanks crossed the border at a checkpoint controlled by separatists in the Luhansk region of eastern Ukraine. Armored vehicles and artillery were part of the columns, the minister said Thursday, citing Ukrainian intelligence.

Two of the tanks split off and were attacked by Ukrainian military forces, Avakov said. Part of that column was destroyed, he said. CNN has not independently confirmed the incidents.

Russia and Ukraine have been engaged in a tense standoff since March, when Russia annexed Crimea and massed troops along its border with Ukraine.Where unrest has occurred in E. Ukraine

Western leaders have accused Moscow of fomenting instability in eastern Ukraine. Russian leaders say Ukraine has failed to move to implement a framework for peace worked out in Geneva, Switzerland, in April. They say Ukrainian leaders have carried out a campaign of violence against people living in the largely pro-Russian east.

Poroshenko has called on the rebels to lay down their arms and engage in talks.

Also Thursday, Vitaly Churkin, Russia’s U.N. ambassador, said he would introduce a resolution on Ukraine at the U.N. Security Council in light of what he said was a deteriorating situation in the country.

Churkin told reporters the resolution, to be introduced behind closed doors, would focus on stopping the violence in Ukraine and addressing political efforts through the Organization for Security and Cooperation in Europe.

Based on Russia’s past vetoes of Western-backed Ukraine resolutions, its passage is thought unlikely.