Russia praises Syrian election, but calls it not 100% democratic 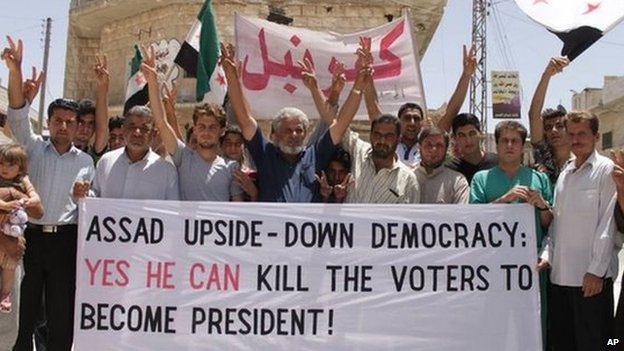 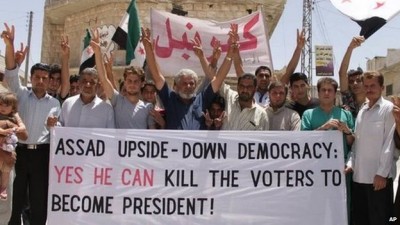 Syrian ally Russia said on Thursday that observers had found the presidential election in which Bashar al-Assad retained power to have been fair, free and transparent, and criticized nations that denounced the vote.

“Moscow sees the vote as an important event that safeguards the continued functioning of state institutions in Syria,” Foreign Ministry spokesman Alexander Lukashevich told reporters at a briefing.

He said the election was “naturally not 100 percent democratic” due to the conflict in Syria, but that turnout, transparency and the findings of foreign monitors “give us no reason to question the legitimacy of the election”.

“Against this background, the … politicized reaction to the election from some of our international partners cannot fail to cause disillusionment,” he said. “It is unacceptable to ignore the views of millions of Syrians.”

Syria’s parliament speaker said on Wednesday that Assad won 88.7 percent in the election, which was held mainly in areas where his forces hold sway. U.S. Secretary of State John Kerry called the election “meaningless” and “a great big zero”. 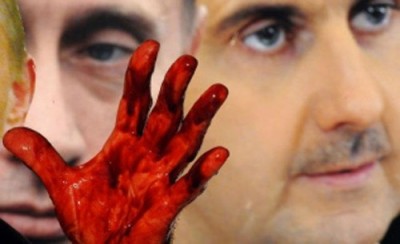 Russia has given Assad crucial backing during the conflict that has killed 160,000 people, providing arms and blocking Western and Arab-backed efforts to adopt U.N. Security Council resolutions condemn him or threaten him with sanctions.