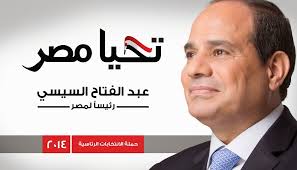 The United States is calling on Egypt’s president-elect, Abdel Fattah el-Sissi, to carry out reforms to ensure the government is accountable and transparent while protecting “the universal rights of all Egyptians.”

Egypt’s election commission estimated 47 percent of eligible voters took part in the election, which included an extra day of voting and a boycott by the banned Muslim Brotherhood of ousted president Mohamed Morsi.

The White House statement praised the involvement of international observers, but expressed concern about the “restrictive political environment” surrounding the vote.

Sissi pushed Morsi from office last July and was long assumed to win the presidency as the military-backed interim government carried out a deadly crackdown on the Brotherhood that included the arrest of many of the group’s leaders.