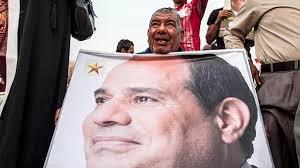 The wealthy UAE is one of the main supporters of the government in Egypt and has showered it with aid since its military ousted elected Islamist president Mohammed Mursi last year.

“We all need to support Egypt as a nation and its people … Egypt and its people are dear to us,” said Minister of State for Foreign Affairs Anwar Gargash Gargash on Twitter.

Sisi won a landslide victory in a presidential election on Thursday. His country is suffering from corruption, high unemployment and a widening budget deficit.

“The challenges are great and the expectations are huge, but the moment that we see today is the most hope-filled for three years,” said Gargash.