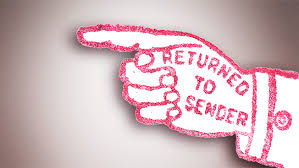 Lebanon Justice Minister Ashraf Rifi refused to act on the Syrian summons for Progressive Socialist Party leader Walid Jumblatt, journalist Fares Khachan and two other people and returned them to the Foreign Ministry on Friday.

“Rifi returned to the Foreign Ministry four court summons sent by the Syrian authorities to the Lebanese authorities, they were deemed not in keeping with Lebanese law and bilateral agreements with Syria.” a press statement from Rifi’s office read.

“ The action was taken because the summons were illegal and contravened principles followed in Lebanese law, and in the bilateral agreement signed by Syria and Lebanon .” The statement added

On May 22, the Lebanese Foreign Ministry received court summons from the Syrian embassy for Progressive Socialist Party leader MP Walid Jumblatt and March 14 journalist Fares Khachan, on charges of undermining the standing of the Syrian state. The Foreign ministry forwarded the summons to the Ministry of Justice.

I will file it with the rest of the summons I have received , Jumblatt said in ridiculing the Syrian court’s recent summon, adding “I will distribute them to my friends for free”.

Jumblatt went on to ridicule the Syrian regime for issuing the charges from the northern city of Latakia rather than from the capital and derided Syria’s ongoing attempt to stage presidential elections.

“It would have been more fitting if the summons had been issued in Damascus rather than Latakia, in keeping with the nature and grave importance of the charges”. He said

Latakia is the capital of the Alawite stronghold . Several reports indicated that Syrian president Bashar al Assad may move the capital to Latakia to be amongst his Alawite people, a sect which is closely linked to the Shiite sect.