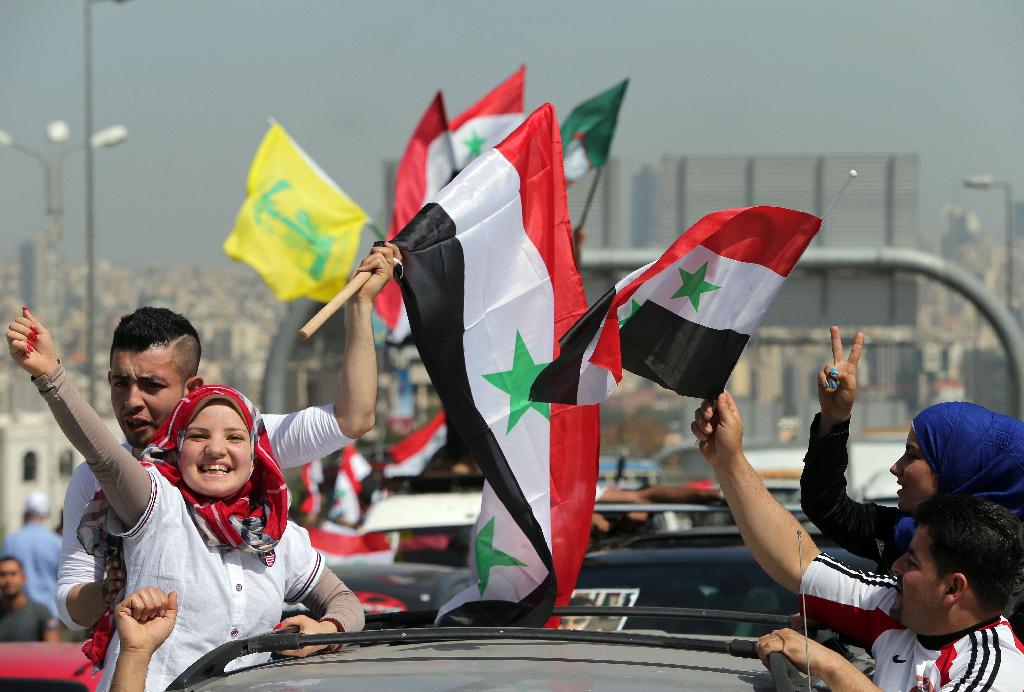 Syrians waving flags drive to the Syrian Embassy in Yarze east of Beirut on May 28, 2014, to cast their vote in the presidential elections. Filling the streets around the embassy in Beirut, thousands of Syrians turned out to vote in a controversial presidential election that Bashar al-Assad is expected to clinch effortlessly, as civil war rages. AFP PHOTO/ JOSEPH EIDJOSEPH EID/AFP/Getty Images
Share:

The Lebanese Interior Ministry said Saturday that displaced Syrians who are registered with the UN High Commissioner for Refugees are requested to refrain from entering into Syria starting June 1, 2014, or risk losing their status as refugees in Lebanon, National News Agency ( NNA ) reported.

” displaced Syrian people who are registered with the UN High Commissioner for Refugees are requested to refrain from entering into Syria starting June 1, 2014, or risk losing their status as refugees in Lebanon,” said the ministry in a statement.

NNA added that the “measure over concern for security in Lebanon and the relationship between displaced Syrians and Lebanese nationals… and in a bid to prevent any friction between them.”

The decision, which takes effect Sunday, comes two days after thousands of Syrians flocked to their embassy in Yarze ( a suburb of Beirut) to vote in the election.

Lebanese authorities say the actual number of Syrians in Lebanon is far higher than the nearly 1.1 million accounted for by UNHCR. This does not also include the 500,000 to 700,000 Syrian seasonal workers that work in agriculture and construction and who have recently been bringing their families into Lebanon because of the ongoing civil war.

Lebanon’s March 14 coalition, which opposes Assad and its Lebanese allies, said those who voted “should be deported immediately… because their security in Syria is not under any threat.”

Most Syrian refugees in Lebanon live in informal camps dotted around the country, mainly in border areas in the north and east.

Lebanon has frequently complained it lacks the necessary resources to cope with them, and that the labor market is struggling to accommodate them.

Foreign Minister Gebran Bassil warned Thursday that the country would “collapse” if the influx continues to soar.