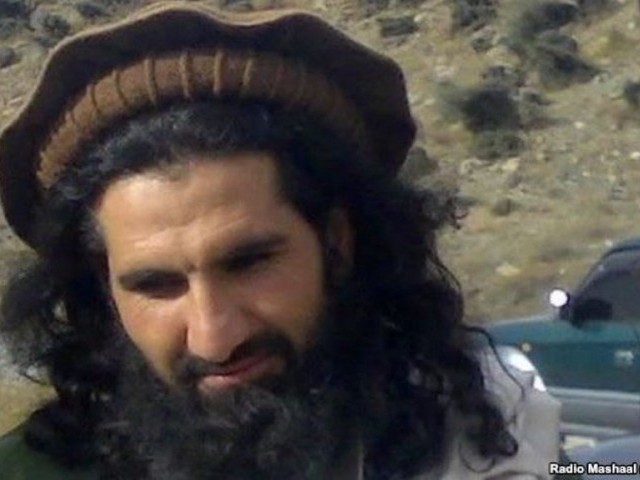 PESHAWAR, Pakistan — After months of violent infighting, an influential faction of the Pakistani Taliban said Wednesday that it was breaking away because of differences with the Taliban leader Maulana Fazlullah, in what was seen as a major boost to Pakistani efforts to divide the country’s most formidable militant group.

Azam Tariq, a spokesman for the faction led by Khan Sayed, who is known as Sajna, said in a statement that the group was splitting from the Tehrik-e-Taliban Pakistan because “the present leadership has lost its path” — with the suggestion that foreign intelligence groups had undue influence with Mr. Fazlullah.

For the Pakistani Taliban, which has killed thousands of people in suicide attacks across Pakistan since it was officially formed in December 2007, the split is formal evidence of a profound factional struggle. And the move is likely to shake up the web of operational and fund-raising alliances that have made North Waziristan such a formidable hub of international Islamist militancy.

The schism also spells a probable end, at least for now, to efforts by Prime Minister Nawaz Sharif to end the Taliban insurgency through negotiation. A tentative peace process that started in February had already ground to a halt amid tensions with the military leadership over how best to proceed. A series of airstrikes last week against militant targets in Miram Shah and Mir Ali, the main towns in North Waziristan, a tribal region where many militants are based, suggested the military had lost patience with talks.

The very public nature of the split gave cause for celebration to Pakistani intelligence and security officials who have been quietly encouraging division in the Taliban ranks for months.

“The split will have a far-reaching impact, in Waziristan and elsewhere,” said a senior security official in Peshawar, speaking on the condition of anonymity.

More broadly, the split is the most significant sign yet that militants may be struggling with strategic differences about how to proceed both in the Afghan war, where American troops are withdrawing, and in the struggle against the government and military of Pakistan.

And it is a personal blow to Mr. Fazlullah, the Afghanistan-based militant chief who has struggled to keep the group united since he took control last year, following an American drone strike that killed his predecessor, Hakimullah Mehsud.

Although Mr. Fazlullah, who hails from Pakistan’s Swat Valley, was seen as a relatively weak commander, the Taliban had hoped he could contain a violent dispute between rival factions of the Mehsud tribe. But that infighting only intensified in recent months, pitting fighters loyal to Mr. Sayed, who is known as Sajna, against those of another commander, Shehryar Mehsud. Gun battles erupted in South and North Waziristan as rival groups attacked bases and ambushed one another, leading to the deaths of dozens of fighters.

The tit-for-tat violence also spilled over into Taliban cells that operate in the port city of Karachi, where the militants have become increasingly powerful in ethnic Pashtun neighborhoods over the past 18 months.

Mr. Tariq, the militant spokesman, held a news conference in North Waziristan then issued a two-page statement outlining the Sajna group’s grievances with Mr. Fazlullah and a rival faction from the Mehsud tribe. The statement said the split was motivated partly by the feud with the other Mehsud group — Mr. Fazlullah was seen as siding with their rival — but also by his broader stewarding of the Taliban. The militant movement had fallen under the control of “invisible hands,” the group said — a likely reference to Afghan intelligence, which has been quietly supporting Mr. Fazlullah at his base in the mountains of Kunar Province in eastern Afghanistan.

The most immediate effect of the split may be further fighting inside the Mehsud camp. A senior aide to Shehryar Mehsud, speaking by telephone from Miram Shah in North Waziristan on the condition of anonymity, because he is not the appointed spokesman, stressed that his group remained loyal to Mr. Fazlullah.

“We were expecting this from Sajna because his group has long been violating the central shura’s decisions,” the aide said, referring to the governing council of the Pakistani Taliban. “We are still part of the T.T.P. and will continue to work under our emir, Fazlullah.”

The emergence of rivaling Pakistani Taliban groups echoes another shadowy struggle across borders: one between the nascent Afghan intelligence agency, the National Directorate of Security, and the Pakistani military’s Inter-Services Intelligence agency.

Pakistani officials and militant commanders said the incipient Sajna faction enjoys the backing of the Afghan Taliban and the Haqqani Network, both of which use the tribal belt as a base to carry out attacks on military and civilian targets in Afghanistan, and which have links to Pakistani intelligence.

On the other side is Mr. Fazlullah and the factions still allied with him. Earlier this year, Afghan officials in Kabul said that the Afghan N.D.S. had been quietly assisting Mr. Fazlullah at his hiding place in the mountains of the eastern Afghan province of Kunar.

In any case, Mr. Tariq, the Sajna spokesman, blamed that Afghan intelligence support as the reason the Pakistani Taliban had assassinated innocent religious scholars, carried out bombings under pseudonyms, and turned against its fellow jihadi fighters in the Afghan Taliban. “They are using the Tehrik-e-Taliban Pakistan platform for their own vested interest,” he said.

Mr. Tariq added that Qaeda and Punjabi Taliban fighters, who are also sheltering in Waziristan, had been “unnecessarily interfered with” under Mr. Fazlullah’s leadership.

He said that Mr. Sayed would from now on operate under the pseudonym Khalid Mehsud — a change that may represent a reach for militant gravitas, given that the nickname Sajna means “beloved.”