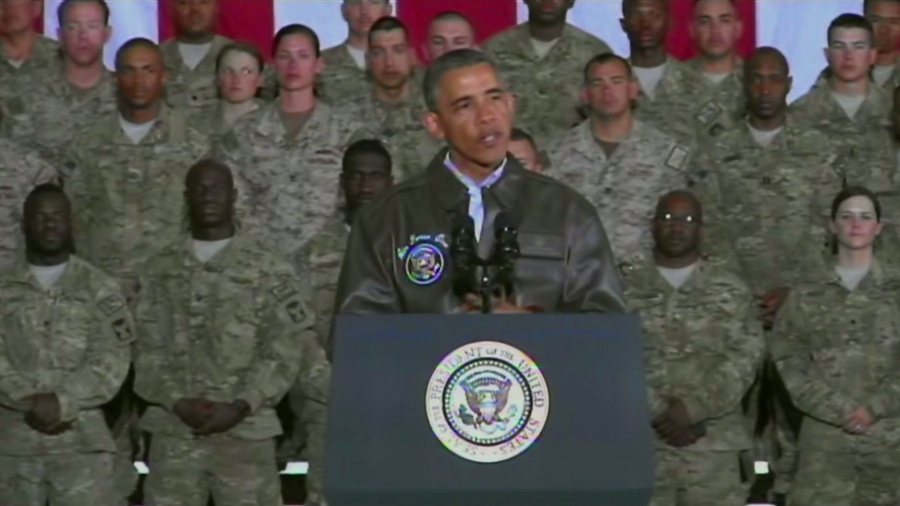 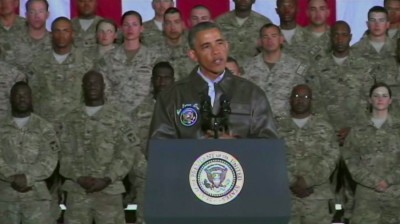 President Obama is set to announce that the U.S. will leave 9,800 troops in Afghanistan after 2014 if the Afghan government signs a bilateral security agreement allowing their presence, a senior administration official said Tuesday. The announcement is scheduled for 2:45 p.m.

The president reiterated his pledge to bring the nearly 13-year war to a close by the end of 2014 this week during a surprise Memorial Day Weekend visit to Afghanistan on Sunday and his remarks at Arlington National Cemetery commemorating the holiday on Monday. But the future of U.S. troop presence has been uncertain for months as Afghan President Hamid Karzai has refused to sign a security agreement allowing U.S. troops to stay after the combat mission is concluded at the end of this year.

The candidates running to replace Karzai have indicated they will sign an agreement, but the uncertainty has delayed the U.S. military’s ability to plan for the future.

The senior administration official said the number of troops would be reduced by half by the end of 2015 and moved to a normal embassy presence with a security assistance office in Kabul, as is the case in Iraq, by the end of 2016.

The president has identified two missions in the country after 2014: training Afghan forces and supporting counter terror operations against the remnants of al Qaeda.

Speaking to soldiers at Bagram Air Field this weekend, the president said he hoped to sign a bilateral security agreement to “preserve all the gains that you have helped win.” He said he wants to ensure that Afghanistan will never again be used to launch an attack on the U.S., as it was in September 2001.

Mr. Obama will also deliver the commencement address at the U.S. Military Academy at West Point Wednesday, where he is expected to expand on and defend his approach to the recent foreign policy crises the country has faced.