Voters in Europe Head to Polls to Elect EU Parliament 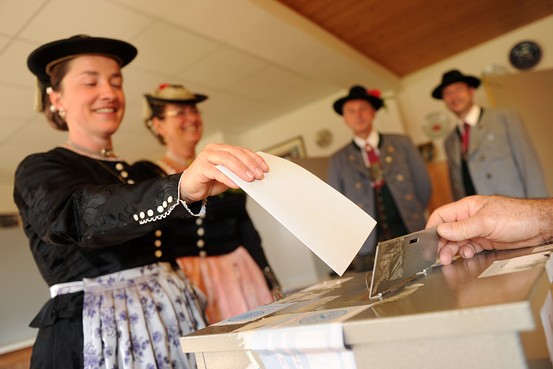 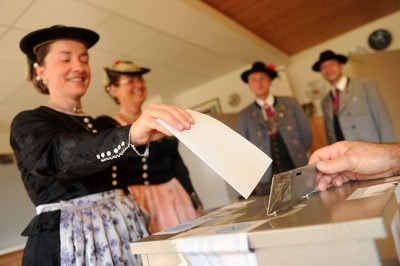 Citizens across 21 European Union countries have the chance Sunday to elect their direct representatives to Brussels in a vote likely to affect the bloc’s future beyond the European Parliament’s five-year mandate.

The first European elections after a yearslong debt crisis are seen as a key test for how unpopular bailouts and austerity have affected the standing of an institution that helps govern more than 500 million people and one of the world’s biggest economies.

The new Parliament will have to help find ways to nurse the bloc’s struggling economy back to health—including a planned free-trade deal with the U.S.—and accommodate national governments concerned about Brussels’ powers over issues such as law and order, and migration.

Kassandra Decloux, walking out of a polling station in Brussels, said she voted for the Greens, partly because of their critical stance toward the trans-Atlantic trade deal. “I’m not very much in favor of it,” said Ms. Decloux, 27 years old, who works for a Belgian association of francophone cinema producers. “It would have an enormous impact on European culture.”

Exit polls from some of the seven EU countries that voted already over the past three days suggest that support for anti-EU and far-right parties has been weaker than many had predicted from earlier surveys. However, the first official results won’t be published until late Sunday evening and polling stations in some of the bloc’s biggest countries—Germany, France, Italy and Spain—only opened Sunday morning.

In France and Italy in particular, populist anti-EU parties have made gains in opinion polls, with Marine Le Pen’s far-right National Front expected to garner the most votes in France, while the more left-leaning 5 Star Movement, led by comedian Beppe Grillo, could come in second in Italy. In the U.K., where voting took place on Thursday already but no exit polls were released, the U.K. Independence Party, which wants Britain to pull out of the EU, could emerge as the biggest force.

Results from Greece, the country at the center of Europe’s debt crisis, will also be closely watched. The leftist Syriza party has been leading the polls there and the extreme-right Golden Dawn could for the first time enter the European Parliament.

Yet so far, support for anti-EU and far-right parties has been weaker than many analysts and pollsters had expected. In the Netherlands, Geert Wilders’s anti-immigration and anti-Islam party lost seats compared with the last European election in 2009, according to exit polls, while euroskeptic parties in Latvia also failed to make a strong showing.

Pro-EU lawmakers from the center-right European People’s Party and the center-left European Socialists—along with delegates form Greens and the free-market Alliance of Liberals & Democrats in Europe—are still expected to command a big overall majority in the new Parliament.

How those parties do in the elections may also have a longer-term impact on another key EU institution, the European Commission. If lawmakers leverage their power, they may succeed in using the popular vote to determine the next commission president, one of the bloc’s most powerful posts.

For this election, major EU parties have nominated pan-European lead candidates to head their campaigns and run for commission president. Until now, the president was selected by EU leaders, while the Parliament only got a yes-or-no vote.

The EPP, which is currently leading in the polls, selected former Luxembourg Prime Ministers Jean-Claude Juncker as its candidate to head the commission, while the Socialists are running with Martin Schulz, a German lawmaker and president of the last European Parliament.

The commission is the only EU institution with the right to propose new laws and for the first time, major EU parties have nominated pan-European lead candidates to become commission president.

The difference in seats between those two party groupings—along with general voter turnout—will likely have a significant bearing on whether the EU’s prime ministers and presidents, who have to nominate the commission president, will listen to the parties’ demands to select one of their lead candidates. Many EU leaders have said they aren’t duty bound to select the candidates the party groupings have chosen.