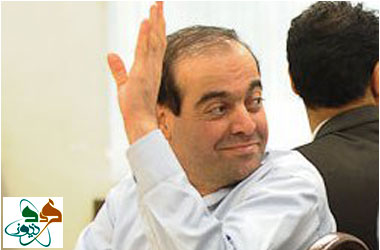 An Iranian businessman convicted of masterminding a $2.6 billion banking scam, the biggest fraud case in the country’s history, was hanged on Saturday, state media reported.

Mahafarid Amir Khosravi was sent to the gallows in Tehran’s notorious Evin prison, the official IRNA news agency reported. He was sentenced to death after being convicted of “corruption on earth… through bribery and money laundering,” a justice department statement carried by Iranian media said.

Revelations about the scandal swept Iran in 2011 when prosecutors said they uncovered a private umbrella group, led by Amir Khosravi and his brothers, illegally amassing billions of dollars. Over the space of two years, Amir Mansour Aria Development Co. bought 40 companies, including a major steel mill, with forged letters of credit obtained from several major banks whose managers they had bribed. At least 20 people have been arrested in connection with the scam — which prosecutors say is Iran’s largest ever fraud case ever. Most of them face lengthy prison sentences.

In addition to Amir Khosravi, three others have reportedly been sentenced to death. One of the main suspects, Bank Melli’s former chief Mahmoud Reza Khavari fled to Canada.