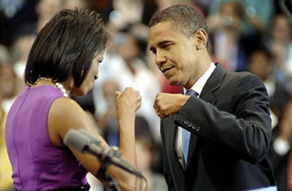 It’s one of the oldest greetings. A way to develop trust, the handshake is the universal sign of a deal. But some healthcare facilities are now urging their employees to do away with the handshake.

“My informal policy is if you’re sick, I don’t shake your hand, but there’s not a formal policy here,” said Dr. Brad Jones of his Irving-based medical office. The Baylor physician admits he’s strict about hygiene.

A recent article from the Journal of the American Medical Association reports that “handshake free zones” are a healthier alternative than what’s considered the norm. The article states that there’s a well-established link between hand transmission of pathogens and disease.

The JAMA article said the common cold, flu and and transmission of Clostridium bacteria and Norovirus can result from a simple handshake. Thus, healthcare professionals are faced with finding a solution. And what they have come up with is yet another universal greeting, only this time, on the basketball court or football field. Health care workers suggest a simple wave, a hand over the heart, even a fist-bump, is much better than a traditional handshake.

“It’s probably a good initiative, but it’s going to be hard to implement,” said Dr. Jones.

Replacing handshakes with fist-bumps may come off as unprofessional, or even rude. Therein lies the problem. But JAMA even goes so far as to suggest that handshakes could eventually become as socially taboo as smoking. Until then, old school methods will have to suffice.

“We have hand sanitizer everywhere and wash our hands as much as we can,” said physician office representative Alicia Saxon.