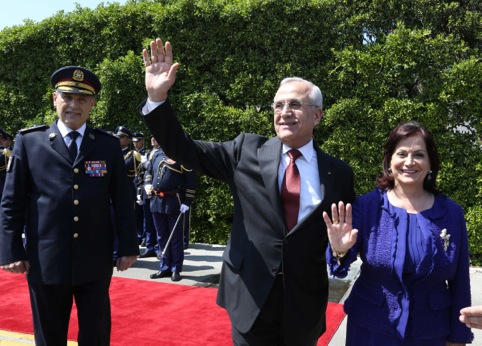 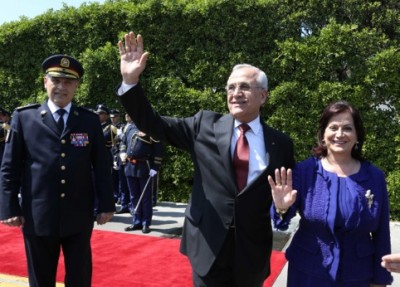 President Michel Suleiman left  Baabda presidential Palace  on Saturday , hours before his term expired, leaving the presidential post in void after the parliament have failed to elect his successor.

“The March 14 lawmakers are going to the Parliament this evening, we still have the chance to elect a new president before midnight,” Geagea said during a press conference at his Maarab residence.

“I hope other lawmakers join them too,” Geagea, the first to have announced his presidential candidacy last month, added.

Geagea said the country had a serious chance “to elect a Lebanese-made president.”

He also hailed the performance of outgoing President Suleiman , regretted criticism against him and blamed Hezbollah for Lebanon’s woes.

“I salute President Michel Suleiman, but I regret that a president who struggled for the country gets attacked by some,” he said, in a possible reference to Hezbollah, which has recently found itself at odds with Suleimqn.

Geagea added:” Lebanon today is going through tough living conditions caused by the ongoing practices of the guardianship phase and which are based on political elimination and on employing unqualified people in the wrong post. “Another possible reference to Hezbollah and its adherence to Iran’s Wilayat al Faqih system of government .

Geagea added: “These tough conditions are caused by the presence of an armed statelet inside the state which is working on limiting the state’s influence, weakening its power and place on the international scene, and prevent any reform steps.”

“The statelet deprived the state’s treasury of important revenues.” Another reference to Hezbollah as a state within a state