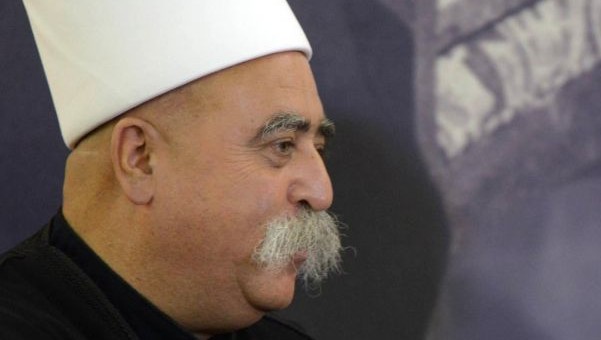 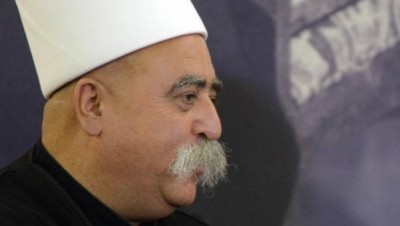 Nazareth court dropped charges Tuesday against 16 Druze sheikhs who had visited Syria and Lebanon without required documentation, in a move seen as an effort to foster warmer ties with the Arab community, Times of Israel reported on Wednesday.
The Druze leaders — who visited Syria and Lebanon between 2007-2010 — reached an agreement with the state to provide written assurances that they will not enter the countries without Interior Ministry permits, and to publicize the ban to their followers. The group had already been indicted, but following the deal, the Nazareth Magistrate’s Court retracted the charges, the report added.

Israeli Druze spiritual leader Muwafaq Tarif, one of the defendants, said the ruling would mark a new chapter in the Druze relations with the State of Israel.

However, another Druze notable, Sheikh Ali Moadi, said that “after this year, we will request to leave to visit the holy sites in Syria and Lebanon. If the establishment doesn’t grant it — we’ll leave even without permission, because this is our right, that was given to all religions, and we won’t let the state deprive us [of that right].”

The Druze people reside primarily in Syria, Lebanon, Jordan and Israel . The Institute of Druze Studies estimates that forty to fifty percent of Druze live in Syria, thirty to forty percent in Lebanon, six to seven percent in Israel, and one or two percent in Jordan.The majority of the Druze wh live in Syria moved from Lebanon.

Large communities of expatriate Druze also live outside the Middle East, in Australia, Canada, Europe, Latin America, the United States, and West Africa. They use the Arabic language and follow a social pattern very similar to those of the other peoples of the eastern Mediterranean region.

The number of Druze parliament members usually exceeds their proportion in the Israeli population, integrated within several political parties.

According to observers, in the aftermath of the 1948 over 80% of the Palestinians left the country , but the Druze stayed put and refused to leave.