U.S. concerned over lack of progress in Iran nuclear talks 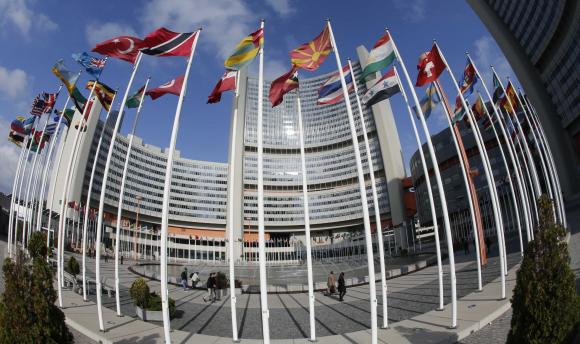 Iran and six world powers are making little progress in arduous talks on ending their dispute over Tehran’s nuclear program, a senior U.S. official said on Friday, fanning doubt about the prospects for a breakthrough by a self-imposed July deadline.

The Islamic Republic also said the latest round of negotiations, which began in Vienna on Wednesday and were expected to end later on Friday, were difficult and slow.

After three months of comparing expectations rather than negotiating possible compromises, the sides planned at the May 13-16 meeting to start drafting the text of a final agreement that could many years of enmity and mistrust and dispel fears of a devastating, wider Middle East war.

The U.S. and Iranian statements might be designed in part to raise pressure on the other side but they also betrayed stubborn, major differences that must be overcome if intense diplomacy is to succeed in clinching a final accord.

“Talks have been slow and difficult,” the U.S. official said, declining to be named. “Significant gaps remain. Iran still has some hard decisions to make. We’re concerned that progress is not being made and that time is short.”

But the atmosphere remained businesslike enough for Iranian-U.S. bilateral talks that lasted over two hours. Such meetings, once almost unimaginable, have become more common as the two foes have sought to re-establish official communications channels closed since Iran’s 1979 Islamic Revolution.

This week’s Vienna meeting was the fourth round of negotiations between Iran and the United States, France, Germany, Britain, China and Russia since February with the goal of a long-term deal by July 20.

Diplomats have disclosed that some headway was made during the previous three rounds on one of the thorniest issues – the future of Iran’s planned Arak heavy-water reactor. The West worry it could prove a source of plutonium for nuclear bombs once operational but Iran has offered to alter its configuration so that any plutonium output would be minimal and insignificant.

But diplomats say the positions remain far apart on the issue of pivotal concern for the West: Iran’s capacity to refine uranium, which can be used to generate electricity but also, if processed further, provides material for a nuclear bomb.

The powers want Iran to scale back uranium enrichment and other sensitive nuclear work to deny it any capability to quickly produce atomic weapons. Iran rejects accusations of covertly seeking to develop the means and expertise to assemble such weapons, saying it is after solely civilian atomic energy.

The Islamic Republic says it wants to expand the number of centrifuges it has refining uranium, maintaining that it needs them to fuel a planned network of nuclear power stations.

That is unacceptable for the United States and its allies, which worry that the same activity can be put to building bombs and want Tehran to instead significantly reduce the number of centrifuges – roughly 10,000 – it now operates.

DESPITE SLOW TALKS, ATMOSPHERE IS “GOOD”

The Islamic Republic rules out closing any of its nuclear facilities. Its priority for any deal is an end of international sanctions that have severely damaged its oil-reliant economy.

Other big points of contention include the duration of any limitations of Iran’s atomic activities and the speed of lifting sanctions, as well as whether any agreement should cover the future scope of its ballistic missile program.

Shadowing the background of the talks have been threats by Israel, widely believed to have the Middle East’s only nuclear weaponry but which sees Iran as a existential threat, to attack Iranian nuclear installations if it deems diplomacy ultimately futile in containing Tehran’s atomic abilities and potential.

Israel on Friday cited a U.N. Panel of Experts report obtained by Reuters that said Tehran was pressing ahead with its ballistic missile program in violation of U.N. sanctions, complicating the nuclear talks.

U.S. President Barack Obama has not ruled the last-ditch option of military action either. Iran says it would hit back hard if it were attacked.

After years of increasingly hostile confrontation between Iran and the West, the landslide election last year of pragmatist Hassan Rouhani as Iranian president paved the way for a thaw in ties.

Failure to reach a deal would undermine Rouhani’s position and strengthen the position of his hardline opponents who have accused him of preparing to give up Iran’s nuclear capabilities.

Last year’s resumption of serious negotiations led to a landmark interim deal in November that saw Iran shelve higher-grade enrichment in exchange for some sanctions relief, but this arrangement expires in July.

Senior Iranian negotiator Abbas Araqchi said late on Wednesday “all the parties involved in the talks have good will” but the talks had entered a very difficult stage. Still, “despite the slow pace of the talks, the atmosphere is good,” he was quoted by semi-official Fars News Agency as saying.